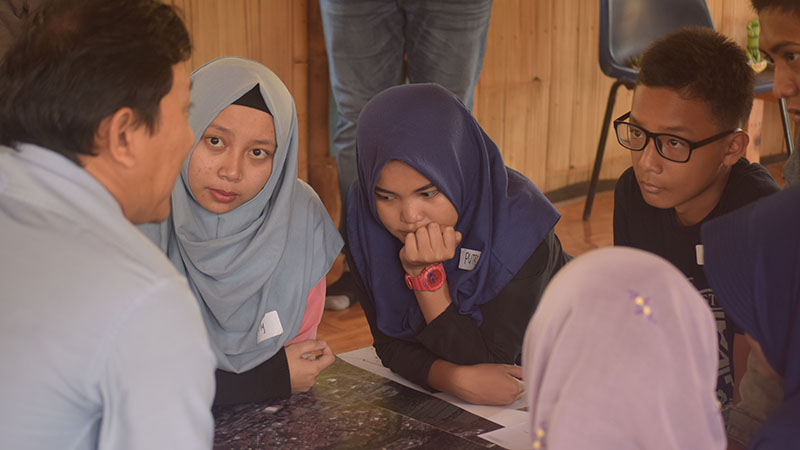 The US example: ‘fishable’ and ‘swimmable’

The nation’s media, including The Jakarta Post, have reported widely on Indonesia scrubbing clean the ‘world’s dirtiest river’. Jakarta is stepping in with a seemingly impossible goal: make the Citarum River’s water drinkable by 2025.

Is this mission impossible? As they say, maybe yes, maybe no. In following the momentum generated by World Water Day on 22 March, we could learn from the United States.

In 1972, the US passed the Clean Water Act to deal with its water quality problem. The Environmental Protection Agency (EPA) became responsible for ensuring that all US waters were ‘fishable’ and ‘swimmable’ by 1983, 10 years after the act’s passage. Then in 1992, the EPA issued regulations to establish the Total Maximum Daily Load (TMDL).

The TMDL is like a pollution budget for a body of water: all sources of a pollutant are identified, and each source is assigned a maximum amount of the pollutant it is allowed to release. Regulations require that the public be involved in developing TMDLs.

Local residents sometimes know more about what is happening in their watersheds than state agencies. Residents can thus offer insights about their community that may ensure the success of one pollutant reduction strategy over another, which can ultimately accelerate cleaning of impaired waters or secure protection for threatened waters.

The US experience shows that local watershed communities play a critical role in educating stakeholders, generating funding and initiating projects to reduce sources of pollution in implementing TMDL.

This approach can be adopted for the Citarum River, because the major sources of pollutants in the river are domestic and municipal activities. A 2014 report by the Asia Development Bank on downstream impacts of water pollution in the upper Citarum revealed that 64 per cent of the biological oxygen demand (BOD) in the Citarum derives from domestic and municipal activities, compared with 36 percent from combined industrial and agricultural activities.

The BOD is a critical index to assess the effect of discharged wastewater on the immediate environment. The significant number of people lacking access to improved sanitation in the upper Citarum river basin explains the relatively high contribution of pollutants from domestic and municipal activities: 60 percent in rural areas and 35 percent in urban areas.

Thus, one root of the Citarum issue is human activities, especially those of poor communities whose access to clean water and sanitation is relatively limited and costly, particularly in urban areas. Thus, poor residents must be involved in overcoming the sanitation problem.

Working with the people

As with managing irrigation water, the key to success is to work with the people, as experts have confirmed. For instance in Japan, social sanctions are an effective way to secure irrigation water in rural areas. When someone is found to be tapping irrigation water illegally, eight of the individual’s 10 community rights will be stripped in a custom known as hachibun (eight parts), according to Gyozo Ohashi of Ehime University. The two remaining rights are community assistance in the event of a house fire or when the individual dies.

The same scenario is also found in San Antonio, Texas. Long before European settlers arrived there, the Native America community of Texas Hill Country burned the recharge area of the springs annually to prevent trees from growing. A recharge area is where water is able to seep into the ground to refill an aquifer. If the recharge area is not burned, trees like mountain cedar (juniperus ashei), a drought-tolerant evergreen tree, will grow wildly – like it does today.

According to Clyde Munster of Texas A&M University’s Brush Control Project, it was feared that the roots of trees like the mountain cedar, which can reach 6 metres deep, would absorb more water when that water was needed to help transfer moisture from the earth to the atmosphere through evaporation and transpiration from plants. After burning, only grasses with roots of up to 40 centimetres would grow. Therefore, water loss through evapo-transpiration would decrease, making more water available in the springs.

The research focus is on developing a ‘leapfrogging strategy’ for the West Java city of Bogor, enabling it to become a water sensitive city (WSC), and it involves the community, local government, the business community and academia. Australia’s Cooperative Research Centre developed the WSC concept, led by Tony Wong, to assist cities to be liveable, resilient, sustainable and productive.

Thus, to avoid the developmental experiences of Australian cities, we could simply ‘leapfrog’ our cities to the ‘water sensitive city’ stage, where water supply, sewage and drainage infrastructure are integrated as early as possible.

To make the Citarum water drinkable by 2025, involving the local community will be key. Using the TMDL approach to control the pollution budget, combined with an effort to provide equitable access to clean water and sanitation such as in the Water Sensitive Cities approach, we can apply a ‘leapfrogging’ strategy in developing the roadmap for improving the Citarum’s water quality.

Raymond Meredith Belbin, a British researcher and management theorist best known for his work on management teams, famously said: “Nobody is perfect, but a team can be.” Let us prove this by working together to clean up the Citarum River.

This article was first published in The Jakarta Post on 24 March 2018. The writer is an Urban Water researcher with The Australia-Indonesia Centre and a lecturer in the Civil and Environmental Engineering School at Institut Pertanian Bogor (IPB). He is also a deputy leader on the integrated water resources management team for the Citarum River basin.