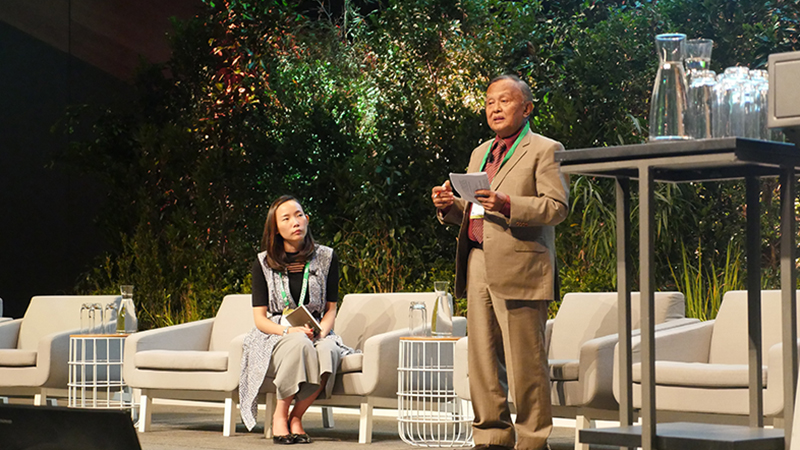 Speaking with Monash University PhD student Wikke Novalia for The Australia-Indonesia Centre, he discussed the implications of climate change around the world and specifically in Indonesia, and how the government is planning to meet those challenges.

Arguments have been made that, as a rapidly developing nation, Indonesia should prioritise improving the lives of its citizens over climate change mitigation.

“I think that it’s very important that we take care of the alleviation of poverty,” Pak Rachmat says. “It is of prime importance everywhere, because we cannot save the trees and ignore the livelihood of people. That comes second. Climate change comes second to the wellbeing of the country.”

“But science teaches us that mitigation actions, as well as adaptation, are the same coin. If we adapt well then we mitigate well. Populations pollute if they don’t live well. So we have to have the proper infrastructure, proper housing, proper everything, that will save the planet as well. There is no controversy between adaptation and mitigation. They have to work together.”