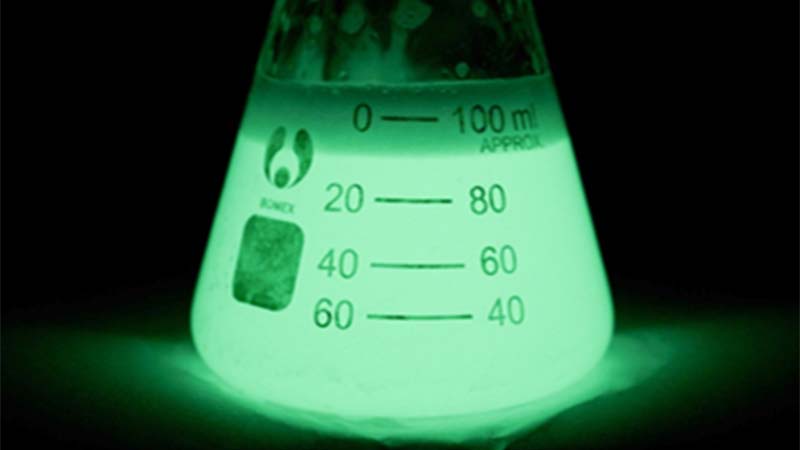 “There are 90,000 chemicals in daily societal usage, small amounts of which inevitably enter our waterways and then our drinking water,” says Professor Peter Scales from The University of Melbourne. “For many of these chemicals, we don’t know the long-term health effects and equally, the long-term environmental effects. It’s a slow burn, and therefore low on the agenda, like smoking.”

To provide evidence to help the world wake up to its “chronically toxic rivers”, researchers have developed a new, simplified scale for categorising clean versus unclean water, for use as a ‘first pass’ testing option. The scale applies to a decades-old photobacterium test, which screens for a much greater range of potentially dangerous chemicals than most current water authority testing, at a fraction of the cost.

The world’s cities – including this project’s Indonesian case study, Surabaya – have largely dealt with pathogens in water, which cause both acute and chronic illness and infection. The focus, Professor Scales argues, must now move to include the chemical toxicity of our water, which is less-closely monitored and can cause chronic illness as well as a significant loss in environmental biodiversity. This is in line with the broader public health movement in Indonesia and elsewhere, which has seen the focus shift from communicable diseases such as infections, to the chronic, non-communicable diseases, such as cancer – a known effect of long-term exposure to some toxins.

Although more comprehensive testing for specific chemicals will follow this ‘first pass’ option, the photobacterium test is not only fast and affordable, but has been correlated by scientists to the chemical toxicity of more than three thousands chemicals. It is able to indicate when water is unsuitable for drinking because the same toxins that stress the bioluminescent (naturally glowing) bacteria used in the test are also known to stress the cells of the human body.

Of course, the same concentration of toxins will have a different impact on photobacteria and human cells, which is where the new scale makes things easier. It stipulates, in a nutshell, that:

For a water sample to be considered chemically non-toxic for drinking purposes, a 400X concentration of the sample must reduce the bioluminescent output of the photobacteria by less than 50 per cent.

In other words, if you concentrate the water sample to 400X (same amount of toxins, one four-hundredth of the water volume) and that stresses less than 50 per cent of photobacteria, the water sample is likely to be chemically clean.

Professor Scales’ ultimate vision for urban water management is for zero toxic discharge, from anywhere – a process that would first target big industry and work down to individual households or small wastewater treatment facilities. In this vision, water treatment is ‘distributed’ rather than centralised to a few large treatment plants; all wastewater – grey, brown or black – is treated on the site or locally to where it is produced, until it is restored to a non-toxic state.

It just so happens that the product is likely to be of a very high drinking quality. This vision accords with Professor Scales’ view that “if it’s not clean enough for me to drink, then it’s not clean enough for a fish to drink”. Managing our chemical pollution in this way would require a complete re-think of current regulatory approaches of discharge into our rivers and oceans.

Most of the world’s big cities, he explains, spend a lot of their wastewater and water quality-control budget on testing water sources for pathogens (i.e. viruses and bacteria) and just a few basic chemicals (e.g. surrogate organics, nutrients and heavy metals) before labelling them ‘clean’ to drink and/or discharging the water to the environment. This expensive regime ignores thousands of toxins, potentially present at levels that would render the water ‘not clean’ according to the researchers’ new simplified scale for photobacterium testing results.

Indeed, only two of the world’s 30 most-populated cities would be likely have a ‘clean’ water supply according to the new scale, says Professor Scales, since very few large cities have water supplies protected from human discharges. Melbourne’s urban water supply, he notes, would pass the test, but this is as much due to the city’s low population density in its water catchment areas as it is to wise water management.

As case studies, researchers looked at three water samples in East Java: various points along the Brantas River; the reticulated water supply in Surabaya, and a selection of bottled water brands sold in Surabaya. They found mixed levels of toxicity, but all the bottled water passed the test and was deemed safe for drinking.

Dr Eddy Soedjono from Institut Teknologi Sepuluh Nopember (ITS) led the team in Indonesia, meeting regularly with Surabaya’s government-owned environmental agency, DLH, and helping train personnel. The team shared results with DLH and is now discussing how they can improve their testing and enforcement approach using photobacterium testing together with the newly developed cleanliness scale.

As would be the case in most large cities and heavily industrialised catchment areas, sweeping changes would be needed to see Surabaya city water or the Brantas River deemed clean by the standards of Professor Scales and Dr Soedjono’s new scale. These are changes, researchers were told, that would need to come from the Indonesian Ministry of Environment and Forestry, who have shown interest in the new approach, as well as executives in the water supply utility, PDAM.

Dr Soedjono and his team are continuing to collect data on the water supply in Surabaya and will continue talks with authorities to drive improvements in East Java’s water supply and natural environment.