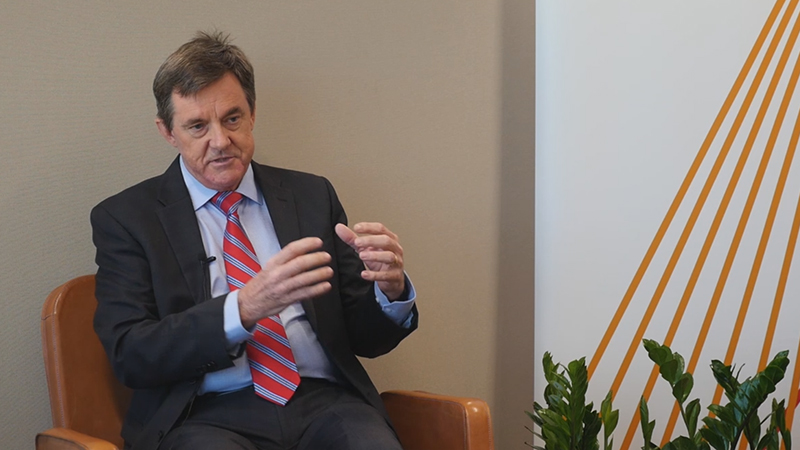 I spent the month of October 2017 in Australia on my mid-term consultations and leave. It is hard to believe, but I am half-way through my posting: eighteen months of solid work behind us, and another busy eighteen months ahead of us, until the end of our posting to Makassar.

I travelled to Perth, Darwin, Yirrkala near Gove, Canberra, Sydney and Melbourne; I spoke to business groups, universities, community groups, festival directors and arts groups, State members of parliament and State government agencies; I met my colleagues and seniors in DFAT in Canberra and reported on how we are going in Makassar; then at the end of the trip Putri and I took a few days off in beautiful Melbourne. We looked forward to coming back to Makassar after such a hectic month!

The obvious theme for my consultations in Australia was “The Importance of Eastern Indonesia to Australia”. I was keen to tell contacts, colleagues and counterparts about what we are doing at the Australian Consulate-General in Makassar, and to tell them about the great opportunities that are opening up on our doorstep. We need to generate more interest among business people to explore these opportunities! We need to get more Australians to study the language, culture and history of our nearest, rapidly growing neighbour, just to our north! A market that will grow to 300 million people by 2032 (just fifteen years away), and is set to become the fourth or fifth largest economy in the world.

So, to continue that theme I attach to this blog my basic presentation (in PDF) that I used in many of my speeches and seminars. Readers may draw on it, use it, adapt it – even critique it if you wish to give me feedback. (See link below.)

Indeed, as emphasised in a recent article by Kyle Springer in Australian Outlook, the journal of the Australian Institute of International Affairs, our bilateral economic relations do not look like those of neighbours. Despite being so close geographically, Indonesia is only Australia’s 14th largest trading partner and Australia is only Indonesia’s 10th largest. Our relative investment levels in each others’ countries are even more concerning.

Some Australians argue that doing business in Indonesia is just too hard; that we are in fact economic competitors; or that there are better opportunities elsewhere – e.g. China. Well, the most recent World Bank Ease of Doing Business Report shows Indonesia has increased its EoDB standing  to 72nd, ahead of China (at 78th); and there are in fact only a few areas where we compete with Indonesia on exports.

More important is the fact that our geographic proximity can be used to our advantage, but so far has rarely been a factor in business decisions. Over two hundred years ago the Makassans and indigenous North Australians knew this fact – the thriving trade at that time in sea cucumber, and other natural maritime resources such as pearl shell, attest to that. Makassans sought sea cucumber from waters owned by indigenous Australians, processed it then sold it at good profit to Chinese traders in Makassar for use in the inns and kitchens of Imperial China – a business model that still works for a few Australian and Indonesian companies (eg Aussie wheat is turned into noodles that are sold throughout Asia).

More Australian business people need to learn more about the strategic importance of Indonesia to Australia’s future, and the growing opportunities that Indonesia’s current growth trajectory promises. We cannot afford to miss the boat on Indonesia. As Springer says in the AIIA article: “… the choice is simple: work together and prosper or ignore one another and miss out on the benefits their proximity offers.”

I see greater economic integration with Indonesia, and deeper people-to-people contact between Australia and Indonesia as a strategic target that we would be foolish to ignore. That is why I spent the month of October traversing Australia, telling people “Why Eastern Indonesia is Important to Australia”.