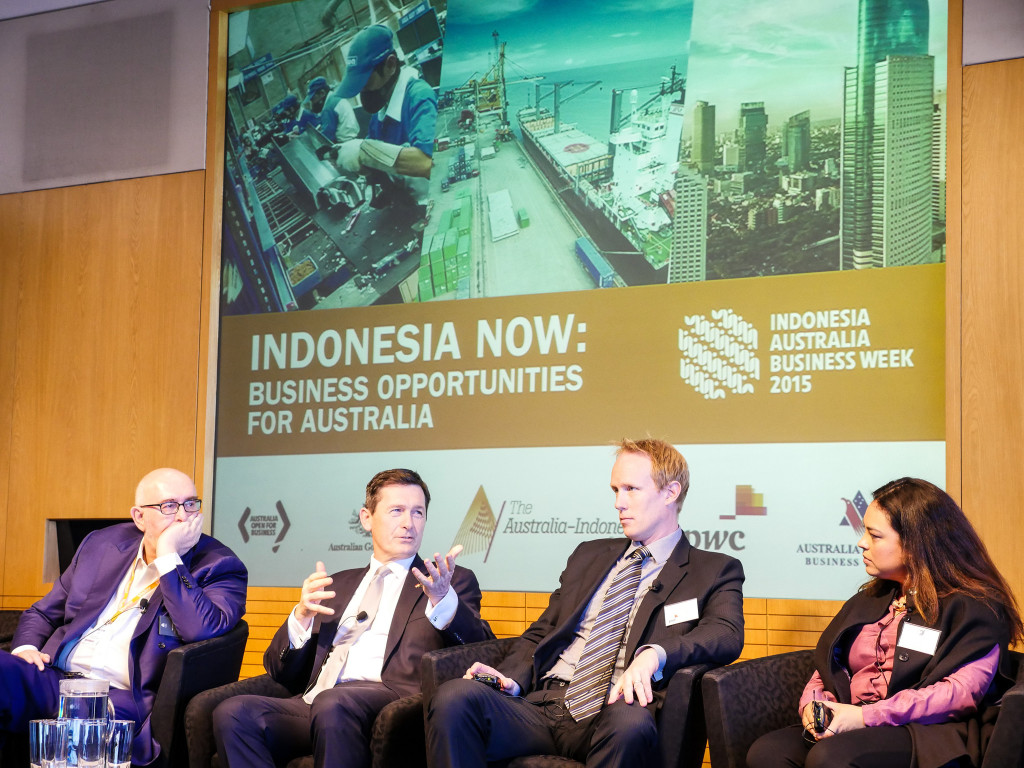 This article was originally published in The Jakarta Globe.

More than 300 Australian business leaders and ministers will arrive in Indonesia next week in the wake of Prime Minister Malcolm Turnbull’s visit to Jakarta, as Canberra seeks to explore new business opportunities with its northern neighbor.

The delegation, billed by the Australian Embassy as the largest ever of its kind, will be in Indonesia from Nov. 17 to 20 for the Indonesia-Australia Business Week event.

Led by Andrew Robb, the trade and investment minister, the delegates will meet Indonesian leaders to build business links and enhance commercial exchanges in priority sectors such as agriculture, education, infrastructure, tourism and resources, the embassy said in a statement on Monday.

“Our relationship with Indonesia is vitally important and this visit will provide business leaders from both sides to meet and explore new opportunities,” Ambassador Paul Grigson said.

“By taking advantage of these opportunities, the Australia-Indonesia business relationship can thrive, not just in a bilateral sense, but also because of what we can achieve multilaterally in third markets.”

Some 345 Australian business leaders are confirmed to attend meetings and site visits in Jakarta, South Sulawesi and Bali during the IABW, while more than 600 Indonesian delegates have been invited to attend, the embassy said.

The IABW will follow Turnbull’s first trip to Indonesia as prime minister later this week, with both events expected to help “reset” ties strained by Indonesia’s executions in April of two Australians convicted of drug trafficking.

Indonesia is Australia’s 12th-largest trading partner, with two-way trade totaling A$15.7 billion ($11.1 billion) in 2014, according to the Australian Embassy. The two-way investment relationship totaled A$9.6 billion in 2014.