Home » Knowledge Bank » Trade » ‘The Indonesian economy is at a crossroads’ … 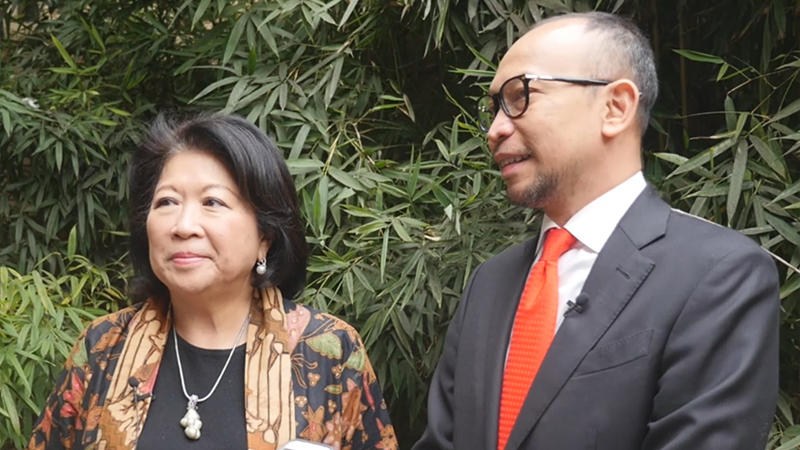 “I would say that the Indonesian economy is at a crossroads at the moment,” says Bapak Chatib. “The resource boom is over and we cannot continue to maintain the cheap labour strategy.”

He says the solution to moving into a new economic stage is to “improve the quality of human capital”.

Ibu Mari agrees, “I think we need to address modernising our services sector – that includes tourism and the modern services that will make the whole economy more efficient – and it’s also about innovation and creativity.”

She also contends that the economic interaction between Australia and Indonesia has not fulfilled its potential.

“We are a big country, we have a huge domestic market, so it’s more a ‘Why is Australia not so engaged with Indonesia?’ kind of question. I think that’s where we should see the opportunity for Australia and Indonesia to cooperate – not just in the bilateral sense, but how we can make each other more innovative, more competitive, to service the regional market.”

In addition to the highlighting of vocational training at the recent Indonesia-Australia Comprehensive Economic Partnership Agreement (IA-CEPA) talks, Mari notes that tourism, health and education are promising sectors for collaboration.

Chatib sees the same opportunities. “If you look at Indonesia, the potential is in the young population and the rising middle class,” he says. “It’s typical of a country with a rising middle class, they are talking about the quality of education and health. If we can work together on those issues, it will be very useful to both countries.”

In the lead up to a presidential election, Mari suggests establishing special economic zones in lieu of any bold reforms. “If you’re not ready to open up your education or health sector yet, maybe you can do it in these special economic zones which can be more open than the general policies. That’s one possible direction.”

In other sectors, Mari suggests both nations can start straight away. With tourism, “there is less resistance” as Indonesians “are very welcoming of foreign visitors”.

Watch the entire interview with Chatib Basri and Mari Pangestu below.