Home » Knowledge Bank » Trade » Indonesia: The Best Invitation We Will Get 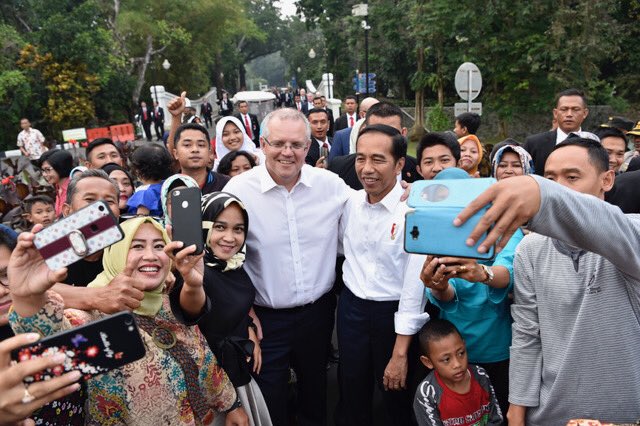 Australia’s relationship with Indonesia does not have to be marked by crisis. Australians should make the most of the soon-to-be-signed Indonesia-Australia Comprehensive Economic Partnership agreement.

Three years ago one of Australia’s foremost Indonesian analysts, Ken Ward, published an essay titled “Condemned to crisis” in which he argued that the Australia-Indonesia relationship has been, and will always be, punctuated by varying degrees of crisis. He argued that this is something we just have to get used to and should reset our expectations accordingly.

Last week Prime Minister Scott Morrison stood beside Indonesian President Joko Widodo and announced the upgrading of diplomatic relationships to a Comprehensive Strategic Partnership. This included an announcement that the parties had reached an agreement on the Indonesia-Australia Comprehensive Economic Partnership (IA-CEPA) and would sign an agreement before the year’s end, concluding negotiations started by the Gillard Government eight years ago.

While there will be the usual hand-wringing over who are the winners and losers in IA-CEPA, we should be celebrating the symbolic significance of having any agreement at all.

We would be wise to make the most of it. It will not necessarily be easy; but our world is changing quickly, and so must we. Australian business leaders will need to become as comfortable operating in Jakarta as they are in London or New York. In times of trouble, our business interests provide a vital ballast that we do not have in Indonesia, or for that matter anywhere in Asia today.

Since the Asian Financial Crisis left the economy in ruins in the late 1990s, Indonesia’s economic performance has been impressive. GDP growth is among the highest of the large emerging markets, consistently over 5 percent, with only a slight fall during the Global Financial Crisis.

In 1998 Indonesia’s GDP was $US95 billion. In January this year Indonesia became just the 5th Asian member of the $US1 trillion club. Indonesia’s GDP today is around three quarters of the Australian economy. All of this happened while Australian businesses were asleep.

Already the world’s 8th largest economy in purchasing power parity terms, Indonesia is expected to rise to 5th place by 2030 according to PwC’s ‘World in 2050’ report. By that time the Indonesian economy could be three times bigger than Australia’s and Australia will not be a G20 economy.

Not only is the country’s 250 million-strong population growing, it’s becoming better-educated, more urban and more employed. With an average age of 29 years, Indonesia’s population is also young. An emerging and affluent middle class is expected grow to 140 million by the end of the decade.

Indonesians are now more digitally connected than ever before and are among the world’s highest users of social media. Today, Indonesia is the fastest growing internet market in the world. Some 30 million Indonesians already shop online, three quarters using a mobile device.

Part of the problem may be due to some profound misunderstandings about one of Australia’s nearest neighbours. This year’s Lowy Poll found that just 27 percent of Australians agree that ‘Indonesia is a democracy’. Worryingly, the poll results are going from bad to worse with 34 percent agreeing with the same statement three years ago.

The 2014 presidential election was Indonesia’s 4th since President Suharto stepped down two decades ago. It was also the largest single day of voting anywhere in the world, with more than 130 million people exercising their democratic rights in a tightly-fought contest: a remarkable but little celebrated achievement.

This is not the kind of place a near neighbour should occupy in Australia’s national psyche. Even more so when you consider the economics.

Indonesia has its challenges, ranking 91st on the World Bank’s Ease of Doing Business Index (a significant improvement from 117th three years ago). Building strength and capability in the Indonesian bureaucracy will take time. Corruption issues, along with the tussle between Jakarta and provincial authorities, makes for a complex environment for business to navigate.

Now past the halfway mark of his first term, President Widodo is continuing to deliver on his promise to drive reforms aimed at stimulating growth, removing red tape and encouraging foreign investment. The reform process has not all been plain sailing. President Widodo is still pushing up against powerful protectionist and nationalist forces that come and go in Indonesian politics.

Indonesia has not signed a bilateral free trade agreement in the last decade. In this context, IA-CEPA is a meaningful achievement.

Local institutions don’t have the capacity to fund the infrastructure needed to support President Widodo’s growth aspirations. With no room to move in the government budget, protectionism will need to be balanced with pragmatism. Indonesia needs foreign investment – and quite a lot of it – to reach its economic potential.

A healthy and vibrant Indonesia is, most importantly, good for Indonesians. It is also good for Australia: good in economic terms and good for our shared security interests.

Future generations are unlikely to thank us if we choose to continue down a path punctuated by the recurring crises that Ken Ward argued were inevitable.

There is plenty of room for Australia in Indonesia. Governments can open the door with a trade deal, but it is up to business to find the courage to walk through it. We may not get another invitation as good as this one.