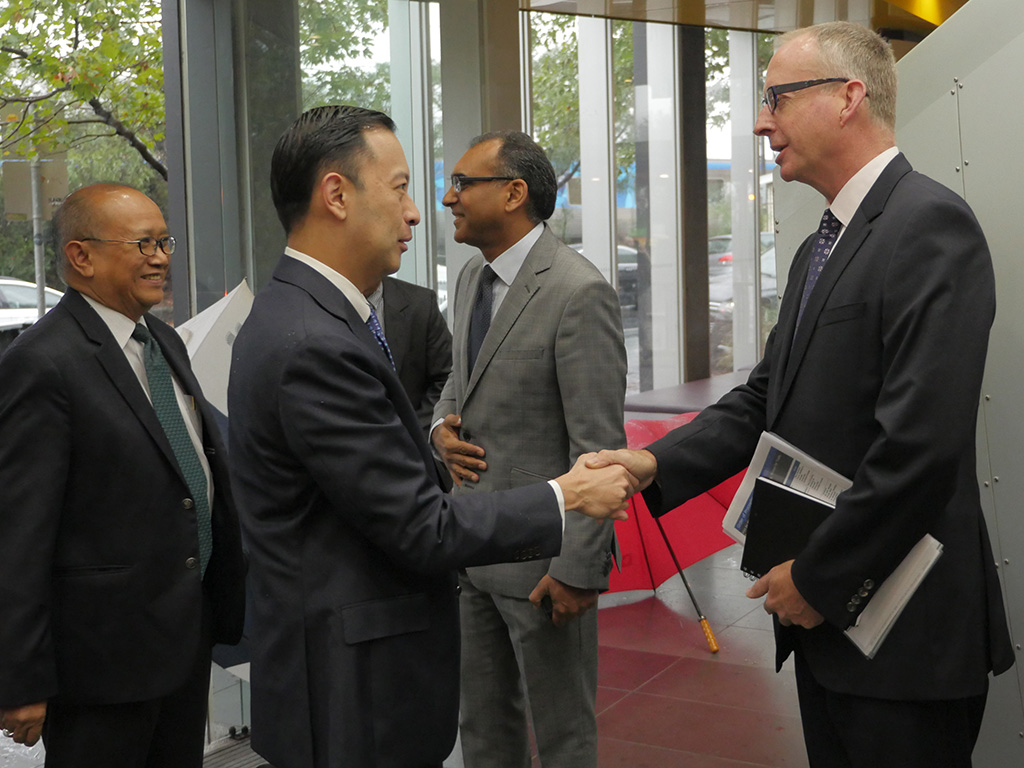 The Minister gave a lecture at Monash University in Caulfield on Friday 18 March, encouraging risk and entrepreneurism in a ‘mindset revolution’ for the future of trade between the two nations.

Indonesia’s GDP has more than quadrupled in the last 15 years, to approximately $860b annually. The Minister encouraged the shift from being a “palm oil nation” – Indonesia’s third-highest earning industry, which employs up to 16 million Indonesians directly and indirectly – to an economy characterised by innovation.

“That’s the way, in my view, in which he’s the most Millennial,” Minister Lembong said, “He’s really dragging all of us from a Gen X/Baby Boomer frame of reference to a very modern, digital, technology-driven frame of reference in the ways we’re thinking about the world.”

“Indonesia is just starting to get into the 21st century, under the leadership of our ‘Millennial President’,” Minister Lembong said, “but we’re catching up with astonishing speed.”

While the Minister recognised the importance of the hundreds of millions of dollars of commodities traded between Australia and Indonesia, he said, “You’ve got to start breaking into new areas”.

After a brief meeting with Prime Minister Malcolm Turnbull and Deputy Prime Minister Barnaby Joyce, he left them with two words: ‘fun’ and ‘powerhouse’.

“With the freshness of the new generation of leaders, it was inevitable that we would get to the fun stuff,” Minister Lembong said. “I was pleasantly surprised to hear Australian Foreign Minister Julie Bishop launched a ‘Fashion Diplomacy’ initiative, which I think is spot on. Increasingly diplomacy is about soft power – culture, lifestyle, fun. Diplomacy and trade is about winning the hearts as well as the minds.”

He sees a future of Australians and Indonesians collaborating in the hospitality and food sectors, as well as in traditional areas of agriculture and infrastructure.

“My pitch to Australia is that these are the dream jobs of the future,” he said. “As we try to manage all these enterprises, management is ultimately about leadership – how to motivate ourselves and inspire each other. What could be more fulfilling than very high-end, lifestyle-oriented stuff? That’s the vision behind this week’s talks between the Indonesian government and the Australian government.”