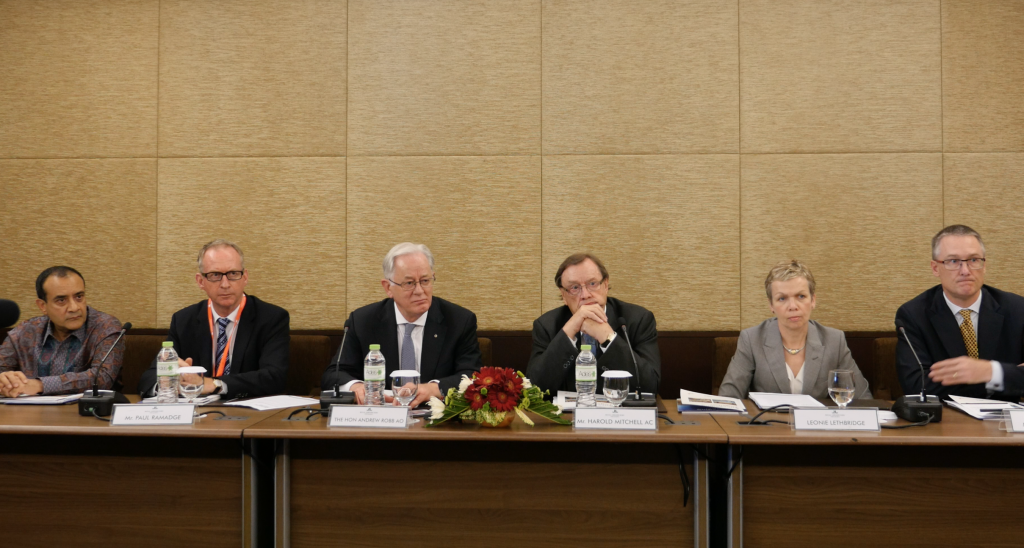 Australia and Indonesia are well positioned to work together to win parts of global supply chains at a time when a three trillion-dollar opportunity is opening up, according to a new report, Succeeding Together, prepared by ANZ and PwC for the Australia-Indonesia Centre.

The report was launched at the Indonesia Australia Business Council conference in Yogyakarta today by the Australian Minister for Trade and Investment, the Hon. Andrew Robb.

“I congratulate the Australia-Indonesia Centre on taking the initiative to highlight our mutual strengths and ANZ and PwC for their contribution,” Mr Robb said.

“Australia is committed to building a closer and sustainable trade and investment relationship with Indonesia. This report’s approach complements the Australian Government’s commitment to building closer trade and investment ties through trade agreements with China, Japan and Korea, and other broader trade initiatives including the ASEAN-Australia-New Zealand Free Trade Agreement, the continuing Regional Comprehensive Economic Partnership and the Trans Pacific Partnership.”

The launch – on the eve of the biggest Australian trade mission to Indonesia – was attended by Indonesian and Australian business leaders including Harold Mitchell AC, Chair of the Australia-Indonesia Centre, government representatives and senior ANZ and PwC executives.

“Australia and Indonesia clearly have the potential to face the Asian Century together, with an economically stronger, mutual relationship arising from their joint competitive advantage” says Glenn Maguire, ANZ Chief Economist, South Asia, ASEAN and Pacific.

“With potential trade flows of $3-4 trillion just for ASEAN trade with China, it is vital that Australia and Indonesia work together to realise their joint competitive advantages, to capture as large a slice of this prize as possible. This will benefit both countries.”

One of the report’s authors, PwC Partner Jeremy Thorpe, says Australia and Indonesia need to act for three reasons.

“First, global supply chains are a fundamental dynamic of international trade and neither country can afford to operate exclusively outside these.

“Second, Asia is the dominant global economic hub, the axis of which is moving south east. Opportunities surround Indonesia and Australia now, but these will be captured by other countries if there is no action.

“Third, while both countries seek to consolidate and strengthen domestic economic security to varying degrees, both are also acutely aware of the opportunities presented by an emerging generation of entrepreneurs keen to capture global returns.”

The Succeeding Together report focuses on four sectors in which Australian or Indonesian comparative advantages create high potential to develop competitive advantages. The sectors are: food processing, logistics, animal products and textiles/apparel.

The identification of opportunities in each sector is underpinned by analysis of the Australian and Indonesian economies, current and future comparative advantages, pan-Asia shifts in capital flows, and the dynamically changing trade opportunities in Asia.

“Given complementarities and proximity between Indonesia and Australia, and strategic bilateral relations as well as through ASEAN, serious consideration should be given to the possibilities for joint development of competitive advantage to face the challenges ahead as well as to take advantage of the opportunities opening up. The recommendations of the Report could not come at a more timely moment.”

The Succeeding Together report includes analysis by ANZ and PwC, contributions from market specialists of both countries, and case-study interviews. Views were sought from more than 60 leaders in government, business and academia in both nations.

“The goal,” says Australia-Indonesia Centre Director Paul Ramadge, “is to reset the nature of the discussion on business opportunities between Australia and Indonesia and remind policy-makers and business leaders that exciting opportunities exist if the nations work together.”

The Australia-Indonesia Centre was established by the Australian Government in late 2013 to facilitate research-driven innovation and build stronger relationships between Australia and Indonesia.