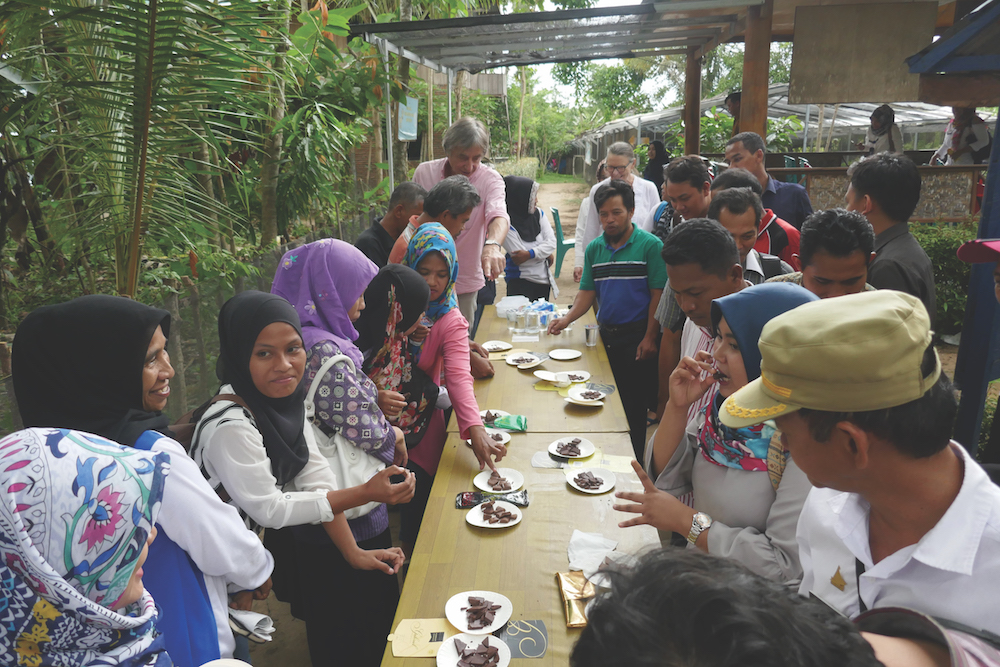 The Food and Agriculture Cluster’s work was highlighted by the groundbreaking project ‘Sustainability and profitability of cocoa-based farming in Sulawesi’. Researchers from Universitas Hasanuddin, the University of Sydney and Institut Pertanian Bogor took interdisciplinary research to a new level, ultimately providing many lessons in research practice on top of their core findings.

Declining cocoa productivity is of major concern in Indonesia, and this project set out to identify some of the causes of that decline. It concluded that the health and financial literacy of farmers were key factors in increasing sustainability and profitability. Researchers promoted the benefits of becoming certified producers to farmers and local advocacy groups, and ran a tasting session that showcased and explained the different flavours of chocolate produced by cocoa from around the world. They also made a series of recommendations aimed at reversing declining production and improving farmers’ livelihoods.

Other projects undertaken by the cluster explored the risks and opportunities for Indonesia’s increasingly important food-processing industry, looked at innovative ways to combine soil data and socioeconomic information to improve land-use decisions, and examined the numerous challenges facing fishing communities on some of Indonesia’s small islands.