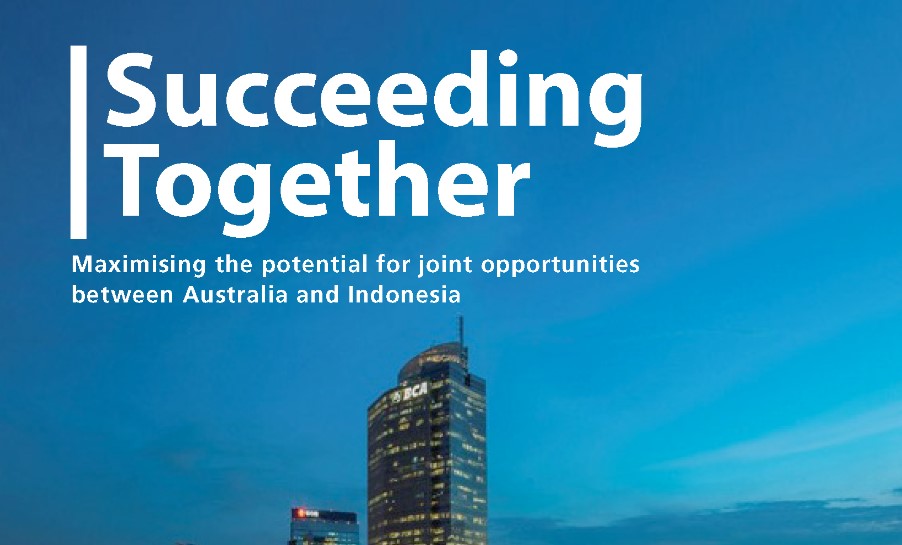 In 2015, the Australia-Indonesia Centre commissioned ANZ and PwC to identify trade sectors where both nations could develop joint competitive advantage in the global market. The ‘Succeeding Together’ report, prepared by ANZ and PwC for the Australia-Indonesia Centre, was launched at the Indonesia Australia Business Council conference in Yogyakarta by the then Australian Minister for Trade and Investment, Andrew Robb.

It highlighted that there is a $3 trillion opportunity in trade opening up in Southeast Asia, and Australia and Indonesia can be winners if they work together to secure parts of global supply chains. Moreover, neither nation has to do too much – just rethink commercial relationships and create new joint business partnerships in high-potential areas.

It identified four sectors as having high potential to create these new partnerships – animal products, food processing, textiles and logistics – and emphasised that if Australia and Indonesia don’t take advantage of these opportunities, they will be taken by other nations.

The report’s approach complements the Australian Government’s commitment to building closer trade and investment ties through trade agreements with China, Japan and Korea, and other broader trade initiatives including the ASEAN-Australia-New Zealand Free Trade Agreement, the continuing Regional Comprehensive Economic Partnership and the Trans Pacific Partnership.

How images and stereotypes influence travellers’ attitudes toward tourism destinations

Internet-based ICT and MSEs’ attitudes towards participating in international transactions