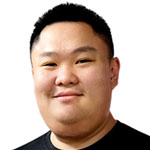 Willix Halim is the Chief Executive Officer (CEO) of Bukalapak. Prior, he served as the COO of Bukalapak and became one of the key figures in Bukalapak’s growth to become a Unicorn. He also contributed to developing Mitra Bukalapak to become the O2O (Online to Offline) market leader, and expanding the variety of Bukalapak digital products and services. This achievement then led Bukalapak to become the first technology company to be listed on the Indonesia Stock Exchange in 2021.
Before joining Bukalapak, he was Vice President of Growth of Freelancer.com, one of the largest startups in Australia, from 2011 until 2016.
Willix earned a bachelor’s degree in Computer Science and Mechatronics with First Class Honors and as a Valedictorian in 2009 from the University of Melbourne.

During years of college, Willix was selected as Vice President of Melbourne University Young Engineers (MUYE). In 2013, he attended Stanford Executive Program for Growing Companies in Stanford University.