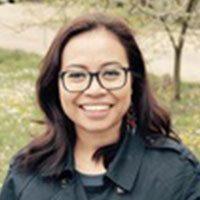 Wigke Capri is a lecturer and researcher at the Department of Politics and Government, Universitas Gadjah Mada. She holds a master’s degree from Social Policy for Development from the ISS of Erasmus Universiteit Rotterdam and received a specialization on Environmental and Sustainable for Development for her thesis on feminist political ecology on gas extractivism in Groningen, the Netherlands. She has a bachelor’s degree from the Department of Government, Universitas Gadjah Mada with an award on her undergraduate thesis on gay movement in Yogyakarta.

As a researcher and a consultant with 10 years’ experience on local politics, marginalized communities, gay politics, gender, and resource politics, Wigke has worked collaboratively with governments, CSOs, youth constituents, national and international donors. Growing up in a collaborative culture has benefited her to step up in her professional career, networking and gaining her opportunity to non-degree study in the School of Public Policy in Central European University (CEU), Department of Politics in University of Oslo and University of Sussex in the United Kingdom.

She is recently taking part in a research consortium on “Ground Up: a practice-based analysis of groundwater governance for integrated urban water resources management in Semarang” funded by the Netherlands Organisation for Scientific Research (NWO) and receives a grant from Corruption Eradication Commission (KPK) leading her team on the corruption of natural resources in Indonesia.