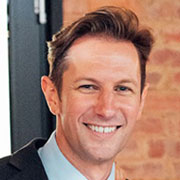 Steve Wright is the Senior Communications Coordinator at The Australia-Indonesia Centre, responsible for its websites, newsletters, press releases and social media.

Originally from Saskatchewan, Canada, Steve moved to Melbourne in 2001. Since that time, he’s served as Editor-in-Chief at Stevivor, Australia’s most-read independent video games website. Steve brings his skills in journalism, social media, audio and video editing and all things digital to this role.

Steve has a Bachelor of Arts (English) from the University of Saskatchewan.