Deputy Head of Mission, Department of Foreign Affairs and Trade 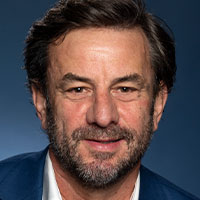 Stephen commenced his assignment as Deputy Ambassador at the Australian Embassy Jakarta in June 2021.

Prior to this he was Assistant Secretary of the Humanitarian and Refugee Policy Branch since 2015.  He has also served as a Senior Adviser on North Asian and North American affairs for Foreign Minister Marise Payne, Acting Chief Innovation Officer and Assistant Secretary of the Consular Policy Branch – where he led the teams for the Egypt, Libya, Christchurch and Japan consular emergency responses in 2011.

Since joining DFAT in 1994, Stephen has served overseas as Deputy Ambassador in the Philippines, Minister-Counsellor Political and Economic Section in Indonesia, Economic Counsellor in China and Second/First Secretary Economic in Malaysia.

Stephen has a Bachelor of Business degree, with honours in Economics, from Curtin University, Western Australia.  He has also completed a Leadership in Crisis post graduate course at Harvard’s Kennedy School of Government and a Graduate Diploma in Finance and Investment with the Securities Institute of Australia.