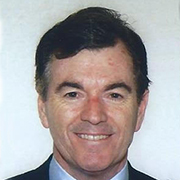 Ross Fitzgerald is the Founding Chief Executive Officer of Spectrum Venture Management.  He had earlier established the Internet Service Provider Telewest Communications. He is a non-executive Director of Pratt Industries and VISY.

Ross is also a Member of Advisory Board at Syntek Capital AG and a Director at InsideSpace Art & Interior Design Limited and Pratt Industries. Ross is on the Board of a number of education businesses, sustainability businesses, and non-profit organisations and has a deep interest in global issues such as climate change, food, water and energy security. His passions include Cricket Australia and the St Kilda Football Club.

Ross is the Chairman of Explore Learning. He is also a Development Cabinet member of The Climate Group, a Vice-Chairman of Miriam Stoppard LifeTime, a Trustee of Enterprise Education and Trust National Foundation for Teaching Entrepreneurship (NFTE), and a Council Member of the Specialist Schools Trust.

Prior to joining Spectrum Venture Management, he was a Vice President of Multimedia at Telewest and spent five years as a Consultant with McKinsey between 1988 and 1993. Ross earned a Master of Business Administration from Harvard Business School in 1987 and an honours degree in economics from Monash University in 1982.