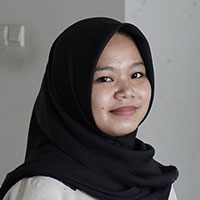 Before joining as manager, she has worked as a project assistant in a Electoral Management Course project, joint program between the Department of Politics and Government Universitas Gadjah Mada and the Australian Electoral Commission (AEC) Indonesia.