Professor and Convenor of Asian Studies, Faculty of Arts 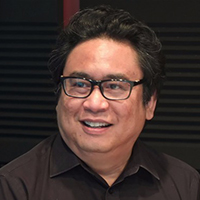 Professor Vedi Hadiz is a Professor of Asian Studies at The University of Melbourne’s Asia Institute.

Previously, he was Professor of Asian Societies and Politics at Murdoch University’s Asia Research Centre and Director of its Indonesia Research Programme. An Indonesian national, he was an Australian Research Council Future Fellow in 2010-2014.

Professor Hadiz received his PhD at Murdoch University in 1996 where he was Research Fellow until he went to the National University of Singapore in 2000. At NUS, he was an Associate Professor in the Department of Sociology until returning to Murdoch in 2010.

His research interests revolve around political sociology and political economy issues, especially those related to the contradictions of development in Indonesia and Southeast Asia more broadly, and more recently, in the Middle East.

Professor Hadiz’s latest book is entitled Islamic Populism in Indonesia and the Middle East (Cambridge University Press 2016). His other books include Localising Power in Post-Authoritarian Indonesia: A Southeast Asia Perspective (Stanford University Press 2010), Workers and the State in New Order Indonesia (Routledge 1997) and (with Richard Robison) Reorganising Power in Indonesia: The Politics of Oligarchy in an Age of Markets (RoutledgeCurzon 2004,), as well as the co-edited Between Dissent and Power: The Transformation of Islamic Politics in the Middle East and Asia (Palgrave Macmillan 2014) and the edited Empire and Neoliberalism in Asia (Routledge 2004).