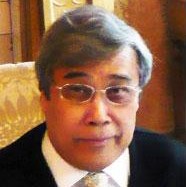 Professor Sangkot Marzuki is President of the Indonesian Academy of Sciences, and was Director of the Eijkman Institute for Molecular Biology in Jakarta from 1992-2014.

His scientific interest has been in the biogenesis of energy transducing membranes, and related human genetic disorders; an interest he developed during his 17 years as medical faculty member of Monash University in Australia, before moving to Indonesia in 1992 to rebuild the Eijkman Institute, where he extended this interest to encompass human genome diversity and infectious diseases.

For his scientific contribution, he received a higher doctorate from Monash University (1998), and awarded doctor honoris causa from Utrecht University (2006), and doctor of science honoris causa from the University of Queensland (2010). Professor Marzuki graduated as a medical doctor independent body to provide opinions, suggestions, and advice to the Government and public on the acquisition, development and application of science and technology. It is organized into five commissions dealing with Basic Sciences, Medical Sciences, Engineering Sciences, Social Sciences and Culture. It seeks to promote science through scientific conferences and policy discussion forums, publications, furthering national and international relations, and other activities.