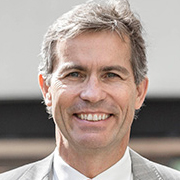 He is a Fellow of the Australian Academy of Technological Sciences and Engineering and a Foreign Member of The Royal Danish Academy of Sciences and Letters. In December 2018, Professor Høj was announced as a Fellow of the National Academy of Inventors and in January 2019, Professor Høj was named a Companion of the Order of Australia (AC) in the Australia Day Honours for eminent service to higher education and to science, particularly to the commercialisation of research, and to policy development and reform.