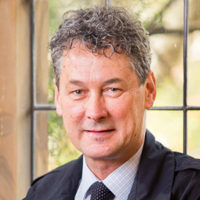 Professor Considine served as Provost of the University of Melbourne from 2018 – 2020.

He was appointed Dean of the Faculty of Arts in 2007, in 2013 was appointed Assistant Vice Chancellor (Governance), and previously chaired the University Services Board. He has also been heavily involved with state and federal governments in the design and improvement of social services and strategies for place-based innovation.

Professor Considine holds a Bachelor of Arts degree and a PhD from the University of Melbourne. He is a Fellow of the Institute of Public Administration Australia (Victoria) and the Australian Academy of Social Sciences, and he was awarded a Redmond Barry Distinguished Professorship in 2015.