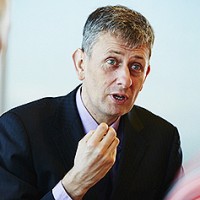 Edward graduated with a BSc in Materials Science and a BA (Hons) in Indonesian Literature from Monash University.

After graduating from Monash, Edward continued with post graduate China studies at the Johns Hopkins Nanjing Center. He also holds an MBA from INSEAD. His PhD, from SOAS, the University of London, focused on organisational boundaries and business strategy in Indonesia.

Edward’s areas of expertise are strategy, entrepreneurship, international business and change management. He has extensive experience in executive education, and has taught in French, Indonesian and Mandarin as well as English. His specialist areas in executive education include strategy and leadership. His industry interests include agribusiness, manufacturing, education and natural resources.