Ambassador to the Republic of Indonesia, Department of Foreign Affairs and Trade 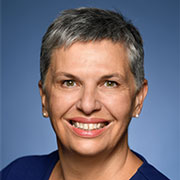 Ms Williams is fluent in Indonesian and holds a Bachelor of Asian Studies (Honours) focused on Indonesia; and a Masters of Applied Anthropology and Participatory Development.