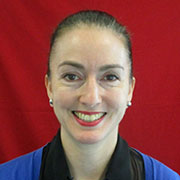 Kirsten Bishop has worked for the Department of Foreign Affairs and Trade and AusAID (now integrated into DFAT) since 2001 in a range of development policy and program management areas. She was Director, Governance, in DFAT’s Governance and Fragility Branch (2014 – 2017), and was based in Bangkok for two years on secondment to The Asia Foundation as Regional Director, Law and Justice (2011 -2013). Kirsten was previously Director, Law and Justice, in AusAID’s Governance & Social Development Branch (2007-2011), and was posted as First/Second Secretary, Law and Justice, in Port Moresby (2003-2006). Kirsten’s qualifications include a Master of Laws (McGill University), a Bachelor of Laws and Bachelor of Science (University of Melbourne).

Kirsten completed Indonesian language training in 2017 before commencing as Counsellor, Poverty and Social Development, then Minister Counsellor at the Australian Embassy in Jakarta.