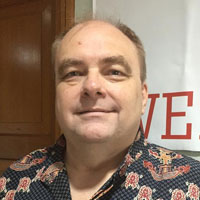 Kevin has been a student of Southeast Asia in general and Indonesia in particular for 35 years. During the 25 years he has lived in Indonesia he has worked variously as a diplomat, stock broker, academic and NGO activist.

With the onset of political reform in Indonesia in 1998 he became engaged in a wide range of governance reform issues including constitutional reform, civil service reform, electoral, parliamentary and political party reform and decentralisation. Initially he worked inside the presidential team that drafted the first post-Soeharto-era laws, which promoted the democratisation of the political system. Later, Kevin lived for four years in Aceh working on post-tsunami reconstruction with government ministers to create policies and lead institutions focused on corruption prevention. Prior to joining the Australia-Indonesia Centre, Kevin worked closely with the President’s Delivery Unit, UKP4, advising on a number of environmental governance programs.

Kevin was posted by the UN to Afghanistan during 2002-2003 to assist develop new commissions governing the civil service human rights, elections, the judicial system and constitutional reform. He has also been engaged in supporting reforms to election and counter-corruption systems in Egypt, East Timor, Fiji and Turkey.

Kevin’s interest in electoral politics has led him to develop his own website that transforms Indonesian election results into colourful charts, tables and maps, together with research and other writing.

Guide to the 2019 Indonesian elections: A little psephology

Guide to the 2019 Indonesian Elections: Path to the Presidency