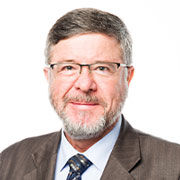 Amongst other roles, Jeff served as a Member of the District Health Council (effectively the Board) of the Royal Women’s Hospital (RWH) in Brisbane, and then as the Chairman of Royal Brisbane and Women’s Hospital (RBWH) after the two hospitals were merged to form the largest hospital at the time in the southern hemisphere. These were appointments of the Queensland Minister for Health.

Jeff owns a healthcare consulting company (JP Consulting) that specialises in Digital Health and has been in operation since 1994. His consulting projects include considerable contributions to Australia’s national approach to digital health over the past 20+ years.

He is the Chairman of Australia Indonesia Business Council’s Healthcare Group. Jeff is named as a contributor in the Blueprint for Trade and Investment with Indonesia, which was recently released by the Australian Department of Foreign Affairs and Trade, for his involvement in the development of the document’s Health and Aged Care chapter.