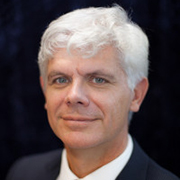 His career with the Australian Foreign Ministry had a strong overall focus on the Asia-Pacific region. He was posted to several different embassies in this region, and in Europe, during his time with the Australian Foreign Ministry, and worked on Asian policy issues in the Department of Foreign Affairs and Trade in Canberra at different times, including as First Assistant Secretary for Southeast Asia. He worked closely with then Prime Minister Howard in the aftermath of the 2013 Tsunami to develop strong development partnerships between Indonesia and Australia.