Former Ambassador to the Republic of Indonesia 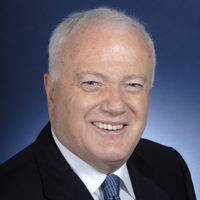 His Excellency Gary Quinlan AO is a former Australian Ambassador to Indonesia.

He is a senior career officer with the Department of Foreign Affairs and Trade (DFAT) and was most recently Deputy Secretary, and Australia’s Senior Official to ASEAN and to the East Asia Summit. He was Australia’s chief negotiator with Timor-Leste on maritime boundaries. He has served as Principal Adviser to the Prime Minister on Foreign Affairs, Defence and National Security, and has held senior positions in DFAT responsible for North Asia, the Americas and Europe.

He holds a Bachelor of Arts (Hons) and an Honorary Doctor of Letters from the University of Newcastle.