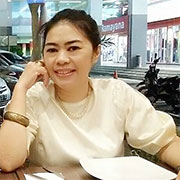 Nana was a 2017 Global Fellow of the IVLP Global Women Leaders in STEM, selected from 50 countries by the US Department of State. She has conducted postdoctoral research at the Prince Henry’s Institute in Clayton, Melbourne (2010-2011) and has worked as a Consultant Investigator (2011-2014) at Novartis – Hasanuddin Clinical Research Initiative.