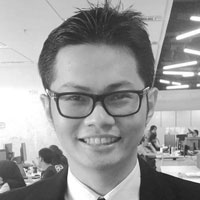 Even Alex Chandra is Head of Public Policy and Government Relations at Bukalapak.

Prior to his role at Bukalapak, he served as Head of Education, HR & Customer Protection, then as Head of General Policy at Asosiasi E-Commerce Indonesia (IdEA). He’s also served as Legal and Public Policy Manager at OLX and Naspers Limited.

More from Even Alex Chandra