Lecturer, ANU College of Asia and the Pacific 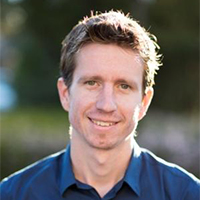 Ross Tapsell is a lecturer and researcher at the ANU’s College of Asia and the Pacific, specialising in media and culture in Island Southeast Asia.

Upon completion of his PhD, Ross was a recipient of the Australian Government Endeavour Postdoctorate Award. He has been a Visiting Fellow at The University of Indonesia (Jakarta), Airlangga University (Surabaya) and Indiana University (Bloomington, US). He has previously worked in Indonesia with The Jakarta Post and the Lombok Post.

Ross is involved in a number of Southeast-Asia activities at the ANU. He is currently Director of the ANU’s Malaysia Institute. He is involved in the ANU’s Indonesia Project and the academic news/analysis website New Mandala. He is also on the editorial board of the scholarly journal Asiascape: Digital Asia (Brill).

As well as scholarly publications, Ross’s articles have appeared in The Canberra Times, The Guardian, The Conversation, Tempo, The Jakarta Post, the Malay Mail and others.