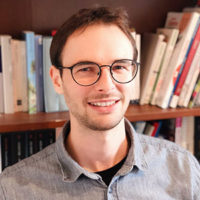 Leonardo acted as the PAIR Program Manager until the end of 2022. He joined The Australia-Indonesia Centre as a Research Officer in March 2018 before moving into his current role within PAIR.

Leonardo has experience in higher education research and operations management. His previous role was with Monash University’s Research Office supporting researchers in grant applications. He also worked at the Italian Consulate in Melbourne, where he assisted in electoral and demographic services activities.

Leonardo’s area of interest is in settler colonial studies and Aboriginal history (with a focus on genocide and gender-based violence), political philosophy, political science and international relations.