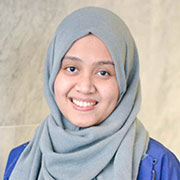 Before joining academia, she previously worked for the Indonesian Corruption Eradication Commission (KPK RI). Kanti is most interested in interdisciplinary area of organisational discourse, ethics, gender, and public administration.

Her works have been published in academic outlets such as the Journal of Business Ethics, Organization, Critical Perspectives on International Business, Administrative Sciences, and Feminist Media Studies (forthcoming), as well as practitioner-oriented outlets such as The Conversation and Indonesia at Melbourne Blog.

Kanti is currently Chair for Research Cluster of Organisational Transformation, People, and Society at Universitas Indonesia.