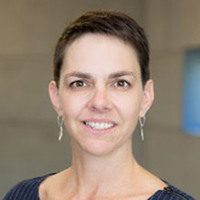 Dr Jemma Purdey is ReelOzInd! Fellow at the Australia Indonesia Centre and Adjunct Fellow, Deakin University. Her research interests include Indonesian politics and contemporary history and Australia Indonesia interactions. She completed her PhD at The University of Melbourne, which was later published as Anti-Chinese Violence in Indonesia, 1996-1999 (NUS Publishing, Singapore), 2006.

Jemma is also author of the biography of Australia’s founding Indonesia scholar, From Vienna to Yogyakarta: The Life of Herb Feith (UNSW Publishing, Sydney), 2011. She edited the volume Knowing Indonesia: Intersections of Self, Discipline and Nation (Monash University Publishing, Clayton, 2012) and was co-editor with Antje Missbach of Linking People: Connections and encounters between Australians and Indonesians (Regiospectra, Berlin, 2015). Her most recent book, Indonesia: State and Society in Transition (Lynne Reinner, 2020) is co-authored with Antje Missbach and Dave McRae.

Jemma is Chair of the board and Commissioning Editor of the magazine Inside Indonesia, co-host of the podcast Talking Indonesia and founding Director of the AIC’s ReelOzInd! Australia Indonesia Short Film Competition & Festival.

Could violence against the ethnic Chinese in Indonesia happen again?