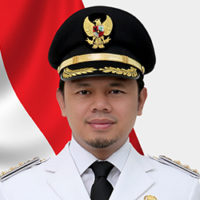 Dr Bima Arya Sugiarto was elected as Mayor of Bogor in late 2013 and will face re-election in 2019. He has been engaged actively with the Urban Water Cluster as a Member of its Advisory Board.

Previously he was a lecturer at Paramadina University in Jakarta, while building a political support base for his party, the National Mandate Party (Partai Amanat Nasional, PAN) in Bogor.

An activist and academic by background, he completed his masters at Monash University in 1998, and received his PhD in Political Science at the Australian National University in 2006.