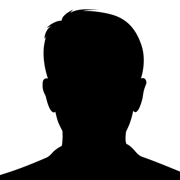 David Sexton is a Digital Communications Coordinator at the Australia-Indonesia Centre.

Before taking on this role he worked for 20 years as an editor and journalist across newspapers, magazines and online.

His first job out of university was as a reporter in western Queensland, fuelling an interest in agriculture and regional economies.

He has worked extensively in northern Australia and his passions include sustainable development of the Northern Territory and Far North Queensland via trade links with Asia.