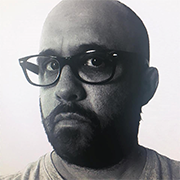 Descendent of the Yuin people, Daniel is an Indigenous filmmaker who works in both factual and narrative forms as director but is also a skilled camera operator and editor.

In 2001 Daniel graduated from RMIT with an Advanced diploma in Video Production and his final year film ‘Mirror Images’ starring Aaron Pedersen was selected for screening at numerous film festivals including the Tadawali Awards and the Rotterdam film festival.

Daniel made the move into documentary and directed his first TV documentary with John Harding titled “The Fitzroy Stars” for the ABC program Message Stick in 2006. Daniel has since made numerous documentaries for Television both nationally and internationally for broadcast.

Daniel has recently won Best Music Video at the National Indigenous MedIa Award and the Darwin International Film Festival. Daniel has a Masters of Film and TV in directing drama at the Victorian College of the Arts (University of Melbourne).