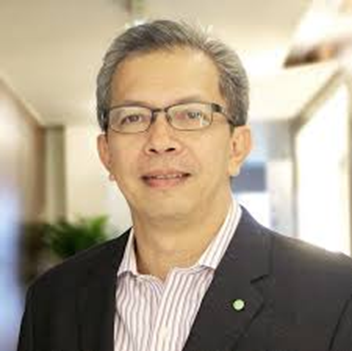 Bernardus Djonoputro “Bernie” was born in Bandung. He graduated from the Bandung Institute of Technology majoring in Urban & Regional Planning. He has built a career in the private sector working with many major international firms including as partner with Ernst & Young, PwC, Deloitte. He also has extensive experience working in senior positions with Indonesian firms including Jababeka, Nusantara Infrastructure and HD Asia Advisory. He is active in civil society and professional associations and is currently the national Chair of the Planning Ethics Board of the Indonesian Association of Urban and Regional Planners (IAP).

He has worked extensively as an advisor to many investors, Fortune 500 corporations, foreign governments, as well as Indonesian central and local government agencies and political leaders. Bernie is a regular public speaker at international forums, and is well versed in the Indonesian Public Private Partnership themes. He currently sits in the Advisory Board of the School of Architecture, Planning and Policy Development, Bandung Institute of Technology (ITB).

Beyond Indonesia Bernie is active in a range of fora including as Vice President of the UN affiliated Eastern Region Organisation for Planning and Human Settlement (EAROPH) and Fellow/Faculty at Salzburg Global Seminar, a leading globalization think tank based in Salzburg, Austria.

He has a long association with Australia beginning with his participation on the Australia Indonesia Youth Exchange Program in 1986. In 1988 he worked at World Expo 88 and later as an intern with the Brisbane City Council. He has been closely associated with the AIC since being appointed to the Infrastructure Research Advisory Committee.

Beyond these national and international engagements, Bernie remains active in developments affecting his home Province of West Java being appointed as Senior Advisor on Innovative Financing and Strategic Cooperation to Governor Ridwan Kamil.