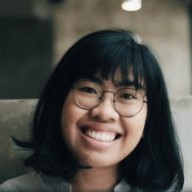 Andhyta Firselly Utami or Afu is an environmental economist with the World Bank based in Jakarta, where she provides analytical and advisory support to the government of Indonesia on issues related to sustainability and climate goals. She graduated with a Master In Public Policy from Harvard University and has a bachelor’s degree from Universitas Indonesia.

She also initiated Think Policy Society, a network of young professionals that promotes an analytical mindset towards better policymaking in Indonesia, and Frame & Sentences, a video essay series on YouTube that nurtures critical thinking through discussions on political and social issues.