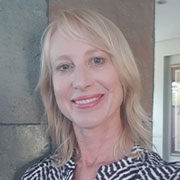 Kirsten is an Associate Professor of economic geography at the School of Social Sciences, University of Western Australia. Prior to becoming an academic, she worked as an economic development consultant and Japanese/English interpreter. She has lived and worked in Australia, USA, Indonesia and Japan. Her work balances fundamental research with applied outputs to inform economic development strategic policy and decision making across all levels of government.

Kirsten examines the (re)distribution of resources (mining, energy, innovation, wealth) and the urban and socio-economic factors increasing competitiveness (productivity/innovation) and mitigating uneven development. She seeks to bridge the disciplines of economic geography and urban studies via qualitative (interviews, surveys) and quantitative (social network analysis, statistics) techniques applied to understand competitive advantage at the global economy, industry and community levels. This multi-scale approach is novel and challenging, but well-placed to generate novel insights and understandings on the dynamics of economic systems.

Kirsten has won several large competitive grants for her research including from the Australian Research Council (ARC) and the Federal Governments Smart Cities Smart Suburbs Program. In 2017, she was awarded an early career fellowship (DECRA) examining innovation in peripheral regions (in Australian and Japanese outer metropolitan and regional areas). She is a board member for the Australian Academy of Sciences National Committee for Geographical Sciences, on the editorial board for Geographical Research and Global Networks and a national co-convener of the Institute of Australian Geographers Economic Geography Study Group. She has published widely in leading scholarly journals, book chapters, as well as produced numerous FACTBases for Committee for Perth and industry reports.