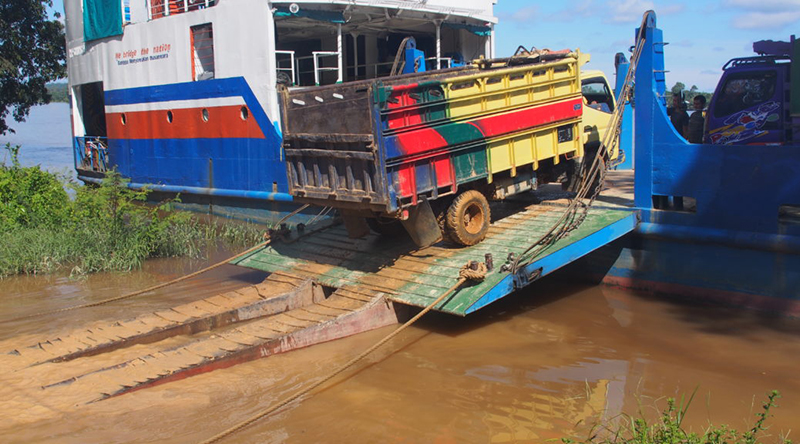 Port cities can be lively, vibrant hives of activity—the hub of a nation’s economic health— if they’re planned well.

Indonesia’s busiest port, Tanjung Priok, has roughly two and a half times the container traffic as the Port of Melbourne. But it also has a reputation as one of the least efficient ports in Asia.

Indonesian President Joko Widodo has recognised the need to transform the nation’s ports and plans to develop 24 new ports by 2019. One recently established, state-of- the-art port is Teluk Lamong in Surabaya.

A team of Indonesian and Australian scientists and engineers will work with the Teluk Lamong port authorities to maximise the efficiency of links between ports, rails and roads.

The Port of Melbourne is being used as a case study in the project. It’s Australia’s largest city port for container trade, but is expected to quadruple in traffic by 2035 and wants to maintain its efficiency as it grows.

“This research will assist both countries in getting the most out of their ports,” says Dr Hera Widyastuti, of the Sepuluh Nopember Institute of Technology, and Infrastructure Cluster Co-Lead of the Australia Indonesia Centre.

“If our research can help improve port efficiency, accessibility and connectivity, there will definitely be positive impacts on employment, health and transportation in eastern Java.”

“It’s one thing to build an impressive port— it’s another to make sure things go from one point to another in an efficient way. This is our chance to do some really interesting research with immediate useful outcomes, and we want it to be helpful to both ports,” Professor Wing Kong Chiu, of Monash University, and Infrastructure Cluster Co-Lead of the Australia Indonesia Centre says.