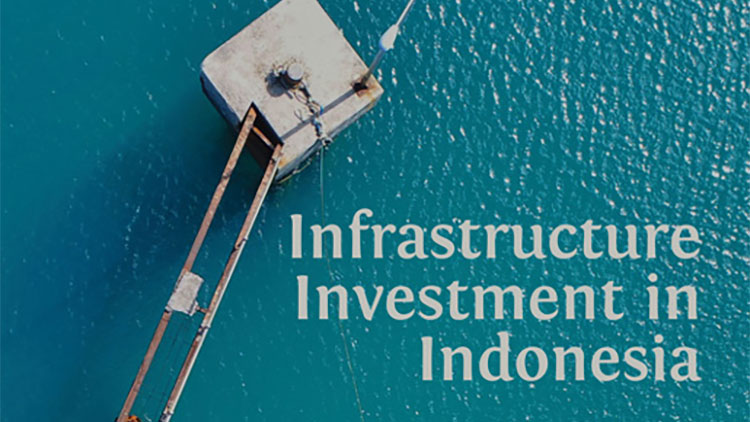 “Infrastructure Investment in Indonesia: A Focus on Ports”, a 12-chapter research monograph, has been published as the final output for AIC Strategic Research Project 3 – ‘Efficient Facilitation of Major Infrastructure Projects’. The book represents over 3 years of AIC Infrastructure research (2016-2019) by an international team from Universitas Indonesia (UI), Universitas Gadjah Mada (UGM), Institut Teknologi Sepulu Nopember (ITS) and the University of Melbourne.

Read about the Jakarta launch event in January

By Leith Doody and Bernardus Djonoputro.

For Indonesia to join the top ten major global economies club by 2025, the average GDP per capita per annum would need to rise from USD 3,000 today to USD 15,000 and GDP per se to a heady USD 4.5 trillion (nearly five times the current GDP). It would need to do so in the space of less than ten years.

To achieve this a two-pronged approach will be required: acceleration, and expansion. Underpinning such development is the need for strengthened connectivity not only throughout the archipelago, but also the Association of Southeast Asian Nations (ASEAN). Additionally, such development requires the strengthening of human resources capability, as well as the smart use of science and technology.

Growth Centres, connectivity and infrastructure are considered the main building blocks of Indonesia’s economic corridors. This connectivity needs to be developed through ICT and ebusiness, improved logistics through transport and refined business policies — practices and processes such that international trade and investment grows commensurate with expectations. Currently logistics costs in Indonesia are a crippling 25% of GDP. Critical infrastructure needs and areas for improvement include: roads, seaports (ferries and container and bulk trade), airports, public transport via a modern metro system and connected rail freight routes. Underpinning these productivity improvements is the need for clean water, reliable energy and electricity and better access to social infrastructure such as hospitals and schools.

In a call to action, Pak Suryo Sulisto, former Chairman of Kadin and indeed a major driver for improved infrastructure in Indonesia, at an AusAid event held at the Indonesian Centre for Infrastructure Workshop on 10 July 2014, bluntly stated:

Indonesia today has the highest logistics costs in Asia, which costs the country billions of dollars in losses… Unless we can build world class infrastructure, we will not be competitive and will lose out not only to the likes of China but also the Philippines…

The impediments and constraints are real: a lack of financing and funding, a propensity for major natural disasters such as earthquakes, volcanic eruptions and tsunamis, along with major congestion on transport routes and dated/poorly maintained vehicles using these networks.

Indonesia is not alone in facing infrastructure difficulties. In Australia, the need for additional funding to underpin the pipeline of identified nationally significant infrastructure projects remains a challenge. Infrastructure Australia’s CEO, Mr Phil Davies, recently reflected on the infrastructure project list updated in March 2018 (this included $55bn worth of projects, with $25bn worth of ongoing projects moved off the list) with his observation that “governments and oppositions need to be more disciplined around proper planning, evaluating all available options, and seeking the solutions with positive cost-benefit ratios prior to a funding announcement”.

The impediments to achieving adequate infrastructure in Australia have numerous similarities to those mentioned previously: a lack of funding, the need for policy reform such that Australia’s productivity can improve, and a tyranny of distance that imposes growing pressures on major cities but leaves rural and remote communities with inequitable access to infrastructure services. There are also numerous natural disasters in the form of floods, bushfires and cyclones.

The articles presented in this book provide a valuable resource for policy makers in Indonesia and Australia as they insightfully explore economic, transport, policy and finance aspects of infrastructure investment.

We commend this book to those who are passionate advocates of finding practical solutions to creating sustainable infrastructure and successful business relationships between Indonesia and Australia. The creation of such infrastructure and business relationships would contribute to a more sustainable growth between our two great nations, who are significant and complementary economies and the closest of neighbours.