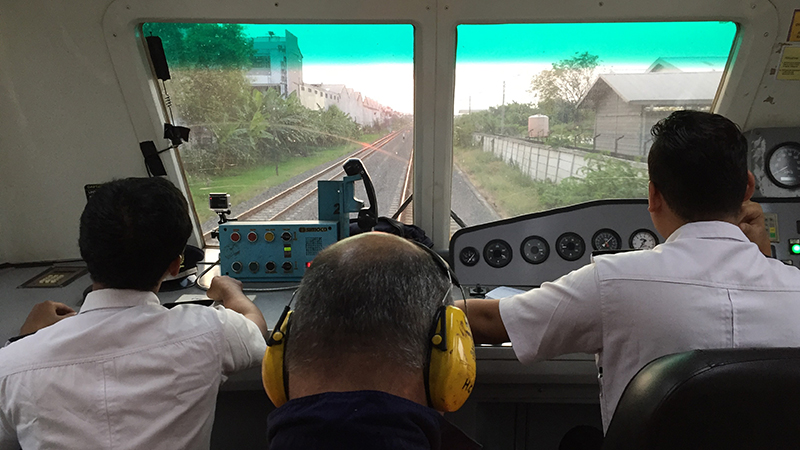 Computer models to predict how railcars will respond to different track conditions are being developed by Indonesian and Australian researchers, to improve rail safety and efficiency in both countries.

They’ve already created a successful model for passenger carriages, which has been validated against the performance of trains in Indonesia. Now the researchers are working on models for freight trains.

“For railways, it’s standard practice to measure the conditions of the track periodically,” says Dr Nithurshan Nadarajah, a research engineer at the Institute of Railway Technology at Monash University.

“However, the influence of a track’s condition on the vehicle isn’t fully understood. So the thresholds for when to intervene with maintenance aren’t comprehensive, or optimised.

“Lots of relevant data is helping our computer algorithm learn about the relationship between track conditions, running speeds, and the response of a moving train under these conditions. This work will help operators predict the response of different wagons, and identify maintenance requirements based on performance.”

The researchers are also hoping the models could be used to predict optimal running speeds based on the track condition and vehicle characteristics, but that work is yet to be validated.

The project, supported by The Australia-Indonesia Centre, is using data collected by a real-time monitoring railcar—utilising the Instrumented Revenue Vehicle Technology (IRV) developed by the Institute of Railway Technology—which ran for several weeks during 2016 on a track between Surabaya and Lamongan in East Java, Indonesia. Further IRV data from an Australian line managed by the Australian Rail Track Corporation is also used for this research.

When a range of different vehicles use the tracks—for example passenger and freight wagons—the risk increases when using the current passive track condition based maintenance threshold.

“The increased demand on railways—particularly in a growing country like Indonesia—is quickly exposing the crippling limitations of traditional passive assessment, and a number of derailments have resulted from a combination of track defects and rollingstock condition,” Nithurshan says.