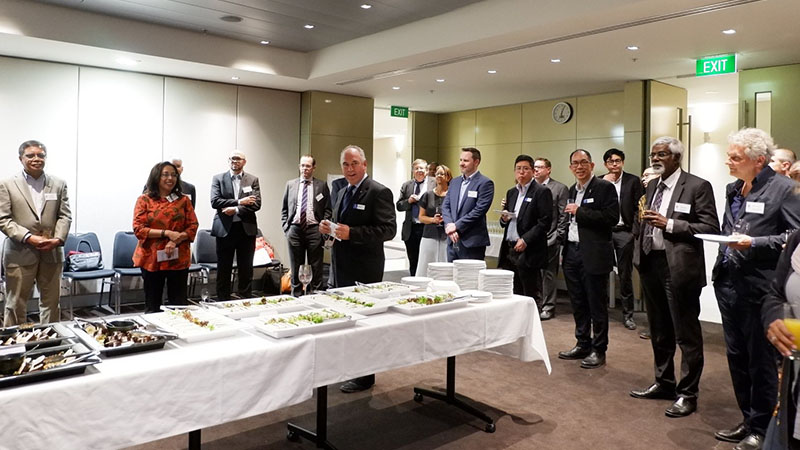 The Port Competitiveness and Financing Workshop was held in Melbourne from 4 to 6 April, 2018, as part of the Australia-Indonesia Centre’s Infrastructure research project ‘Efficient Facilitation of Major Infrastructure Projects’.

Dr Felix Hui and Professor Colin Duffield of The Department of Infrastructure Engineering at The University of Melbourne coordinated the workshop, which included a networking dinner for senior Indonesian Government ministry representatives, industry participants from Indonesia and some of the AIC’s Indonesian university partners.

The dinner, on Thursday 5 April at the Woodward Conference Centre in Carlton, was attended by leading port representatives from Australia including the CEOs of Ports Australia, Geelong Port, Port of Portland and Port of Hastings Development Authority and the CEO of Port of Tanjung Priok in Indonesia. Executive consultants from legal, financial, logistics and engineering fields, along with Victoria’s new international coordination officer engaged strongly with the Indonesian delegates.

Among the senior Indonesian participants attending the workshop and the networking dinner was the main secretary of Indonesia’s National Public Procurement Agency, Dr Salusra Widya. Invited guests were welcomed to the dinner by the consul general of Indonesia for Victoria and Tasmania, The Honourable Ms Spica A. Tutuhatunewa, and Professor Colin Duffield, deputy head of department, Infrastructure Engineering.