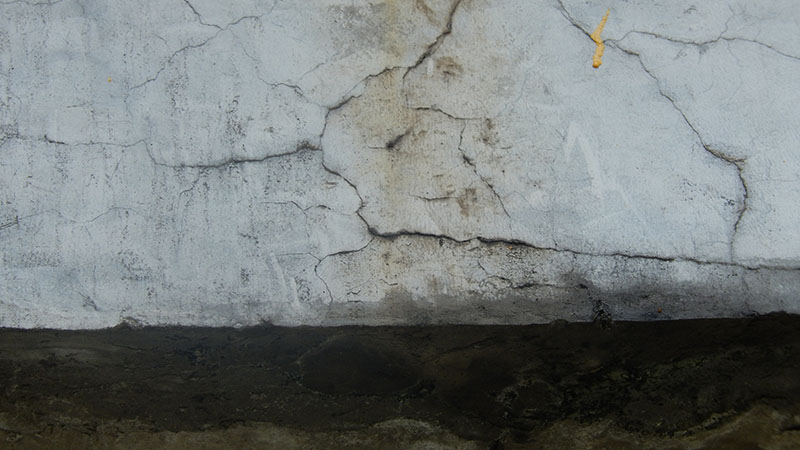 To assess human health and internal organs doctors routinely conduct diagnostic testing such as ultrasounds and x-rays. In a similar way, non-destructive testing (NDT) is conducted to assess the structural health of infrastructure such as bridges, tunnels and airports.

The alternative, destructive testing – i.e. loading to breaking point – can be employed to assess mass-produced objects such as simple steel beams and car parts. For bridges and other large-scale infrastructure however, this is close to impossible.

Currently, the most common method of assessing the health of large-scale infrastructure is mostly visual – looking for cracks and corrosion.

“Once the degradation is visible in the form of concrete cracking or spalling, the extent of damage is usually too high. It becomes very costly to repair,” explains project lead Dr Massoud Sofi from the Department of Infrastructure Engineering at The University of Melbourne.

By synthesising data collected using four NDT instruments, the method allows engineers to evaluate the health status of structures and estimate their service life – in other words, the rough length of time for which the structure can safely carry the imposed loads, after which it must be either retrofitted or retired.

“The NDT methods are also used for the assessment of a structure’s readiness for potential extreme events,” adds Dr Sofi.

The information can be used to schedule maintenance, optimising value and safety.

The four instruments used are the Silver Schmidt hammer, a profometer, a resistivity meter, and the Torrent permeability tester.

The scope and accuracy of the testing method is possible NDT tools can each test the same area of a concrete structure and then leave it in its original state for the next test, meaning all the data on the test site can be layered and synthesised to provide a more detailed report than any of the tools on their own could provide.

Researchers began in a laboratory testing concrete specimens with induced damage (voids, cracks, etc.) using the testing equipment. After calibrating the instruments and formulas and verifying their results (using the known degradation levels in the laboratory), the team visited port structures and bridges in Indonesia to put the new method into practise, surveying various critical structural elements.

Dr Sofi presented the team’s work to government and industry representatives at the AIC Infrastructure Conference in Surabaya on 8 and 9 May 2018. He can be contacted at massoud@unimelb.edu.au.