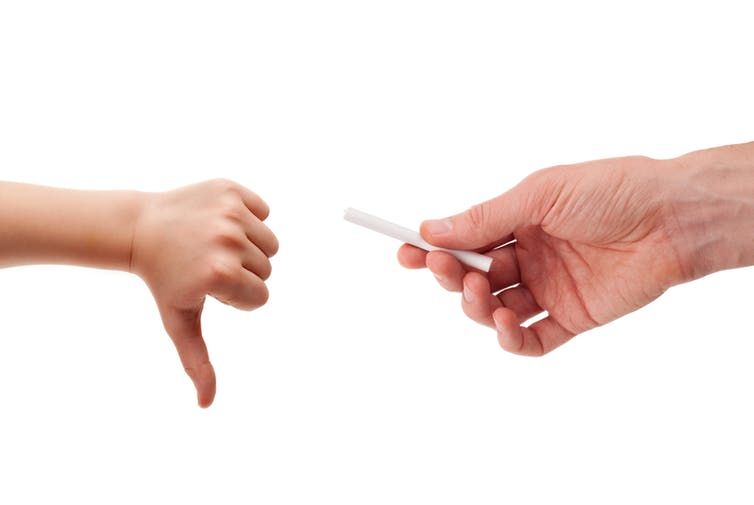 The world’s second-largest market for tobacco after China, Indonesia is home to 100 million smokers. Smoking kills more than 200,000 Indonesians a year.

The death threat also looms over its young generation. A fifth of Indonesians between 13 and 15 years old smoke, the highest rate in the region.

The government needs to stop the tobacco industry from wooing young people to avoid the country’s future burden from chronic smoking-induced disease.

Smoking is a major cause of heart and other vascular diseases. This year’s World No Tobacco Day theme is “Tobacco and Heart Disease” to raise awareness of the impact of smoking and to encourage countries to strengthen tobacco control policy.

Stronger tobacco control measures must exist in Indonesia to reduce the social and economic costs of smoking. The latest research shows that smoking cost Indonesia almost Rp600 trillion (US$43 billion) in 2015.

This article will offer some strategies to help Indonesia save the country’s future from the smoking-associated deaths stalking its young generation.

Too young to smoke

Indonesians start smoking at younger ages. Cigarettes are widely available and sold at cheap prices due to the government’s lack of tobacco control.

The 2014 Global Youth Tobacco Survey showed three out of five Indonesian students aged between 13 and 15 were exposed to cigarette advertisements and could buy cigarettes easily.

A project funded by the Australia-Indonesia Centre has highlighted the tobacco companies’ extensive retail promotion in Denpasar, Bali.

Involving a research team from the University of Sydney, Universitas Udayana, Bali, and Universitas Airlangga, Banyuwangi, the project found that only 11 of 1,000 outlets did not display cigarette ads. Seven out of 10 retailers displayed at least one banner promoting cigarette products.

The research also found that 367 of 379 schools had at least one cigarette outlet within 250 metres. More than half of retailers in Denpasar admitted selling cigarettes to young people. They also sold “loosies” (single cigarettes), which many countries have banned as these are cheaper than a pack of cigarettes and therefore more accessible to children.

The above research shows that tobacco firms’ aggressive promotions and cheap cigarette prices are reasons why Indonesian boys smoke more than others in the Southeast Asia region.

Indonesia is the only country in Asia that hasn’t signed and ratified the global tobacco control treaty, known as the World Health Organization Framework Convention on Tobacco Control. This means Indonesia is lagging well behind other countries in adopting effective tobacco control measures.

The government has failed to protect Indonesian children from tobacco firms’ aggressive promotion strategies. It has not enforced bans on tobacco companies promoting their products and selling cigarettes to children. Cheap cigarette prices due to low tobacco excise also contribute to strong sales among youth.

Given the government’s weak tobacco control, achieving this goal seems impossible, when 16.4 million new smokers aged between 10 and 19 appear every year.

Indonesia is the biggest economy in Southeast Asia and more than a third of its population is young people under the age of 20.

Indonesia’s potential and productivity are facing a threat due to the huge smoking exposure of its young generation.

To save Indonesia’s future generation from a cardiovascular epidemic, it is important for the government to stop the increase in new smokers. Preventing new smokers is vital if Indonesia want to decrease youth smoking rates.

Educating young people about the harmful effects of smoking and second-hand smoke is one solution. Another solution is to dismantle the tobacco industry myth that “smoking is cool” through effective counter-marketing campaigns. Examples include the Indonesian Heart Foundation’s “keren tanpa rokok” and “smoke-free agents” movement.

However, solutions without supportive environments are pointless. Educating youth that smoking is “bad” is useless when cigarettes are so cheap, easily available and consumed by the people they love and respect, such as parents and teachers.

It is crucial for the government to limit young children’s access to cigarettes and reduce their exposure to tobacco ads.

First, the government should enforce existing bans on selling tobacco to minors.

Second, the government should impose a comprehensive ban on all forms of tobacco advertising, promotion and sponsorship. Australia, Canada and New Zealand have successfully enforced similar bans.

Further options are available to better regulate cigarette retailers, even though these depend on the government’s readiness at the national and local level. These options include a tobacco licensing scheme, zoning system and limiting tobacco retailer numbers.

San Francisco has successfully adopted all three options. India has prohibited cigarette retailing within 100 yards (around 91 metres) of schools. A similar ban in Changsha, China applies within 100 metres of educational institutions.

Indonesia can adopt a similar zoning policy, with local governments enforcing such provisions through city and local district planning.

Indonesia also needs to provide other supporting policies, including an increase in tobacco excise and extensive bans on smoking in public places.

If Indonesia fails to reduce the rate of young smokers, a tremendous burden of cardiovascular and tobacco-induced diseases will overwhelm the country’s health system.

Stopping young Indonesians from starting to smoke is a smart investment for Indonesia but requires nationwide tobacco control policies. Indonesia needs such policies in place to combat the future cardiovascular epidemic.