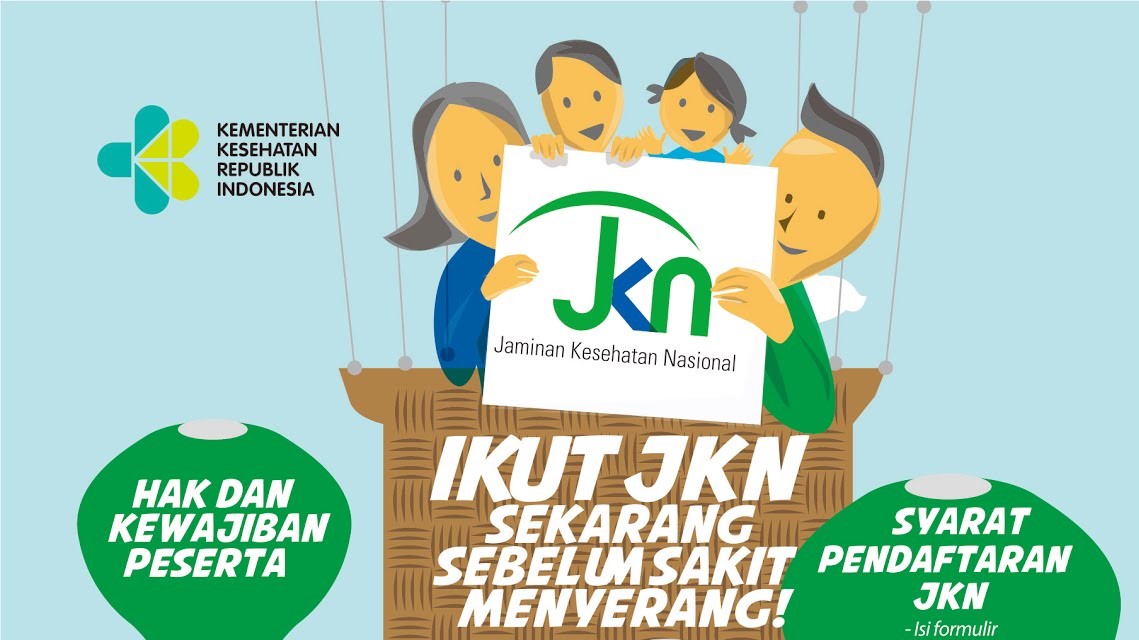 An AIC study has released a set of policy and service-provision recommendations that researchers hope will fix this, and help to make the scheme truly universal.

The informal sector, according to the International Labour Organisation, comprises ‘all economic activities by workers that are not [properly] covered by formal employment arrangements’. The sector accounts for over 60 per cent of Indonesia’s workforce, and usually provides workers with few or no employment protections.

“Surprisingly the main obstacle stopping informal sector workers from joining the JKN is not the premium but a lack of insurance literacy,” said Dr Teguh Dartanto from Universitas Indonesia (UI) in a presentation to Indonesia’s National Development Planning Ministry.

Accordingly, one key recommendation from the study is the implementation of financial literacy education campaigns.

Other key issues identified were long travel distances to health services, the quality of some health services, and people only enrolling when they know they need treatment  – known as ‘adverse selection’ – rather than paying now to simply offset the financial risk of possible (though still-unforeseen) future health problems.

Roughly half of all informal workers earn too much to be eligible for government JKN subsidies, but still have very little disposable income. Known as healthcare’s ‘missing middle’, these people must voluntarily enrol in and pay for cover themselves, but relatively few have. Note that Indonesia’s 100 million most economically vulnerable citizens pay nothing for their health insurance – this incentive problem concerns those (sometimes only slightly) better off than that group.

“This is in line with international experiences,” says project lead Dr Robert Sparrow, until recently with the Australian National University (ANU). Getting informally employed households to enrol for health insurance voluntarily requires strong incentives. When this group does not enrol, they become more vulnerable to poorer health outcomes and the associated greater economic risks.

“Yet,” he adds, “rigorous empirical evidence on the barriers to insurance uptake is scarce.”

Researchers from UI and ANU looked at household health insurance enrolment alongside sector of employment, socio-economic data including education levels and financial literacy, health conditions, local healthcare supply and various other household characteristics. This revealed the leading causes (outlined above) for non-enrolment amongst the higher-income half of the informal sector.

Families receive various incentives to sign up to national health insurance, but many young people, especially young women, are left exposed. Up to three (dependent) children aged 21 or under are covered by their parents’ policy for free (with fourth and subsequent children costing one per cent of parents’ annual salary per child). Young Australians, by comparison, enjoy family cover until the age of 25. Also, under the JKN, babies up to 28 days old are automatically covered if their parents are, without yet needing to be registered.

These incentives often leave young people over 21 with low incomes vulnerable, and such exposure disproportionately affects young women as high rates of teen pregnancy and other factors reduce education and employment opportunities for women.

“Those with lower wages are less interested in health insurance for various reasons,” says Dr Susan Sawyer from The University of Melbourne, in explaining the broader uptake problem. She says that this informally employed and younger group is generally less motivated by longer-term investments such as health and education. Without this education and foresight, they are left exposed to risk-factors of non-communicable diseases, and the burdens that they bring in later life.

To increase health insurance uptake, three main policy recommendations were put forward by researchers. The first is to remove a “critical design flaw” by extending compulsory waiting periods between signing up for cover and receiving benefits – a simple measure for combating adverse selection. Adverse selection undermines risk sharing, which is crucial for the viability and sustainability of any insurance scheme.

Longer waiting periods are the first recommendation not because it will necessarily have the biggest impact, but because it is the simplest to implement.

Second is the value of providing additional incentives to enrol. These could take the form of premium subsidies and could be aided by financial literacy education campaigns. Alternatively, linkages between the health insurance scheme and other social protection programs could be used to enforce informal sector enrolment.

The third main recommendation is for increased investment in the quality and supply of healthcare by all levels of government. This includes prevention. Greater investment in supporting healthier lifestyle behaviours, for example, can often prevent future non-communicable diseases – Indonesia’s fastest growing health concern. Reducing the health and economic burden of NCDs would pave the way for a more sustainable national health insurance scheme.