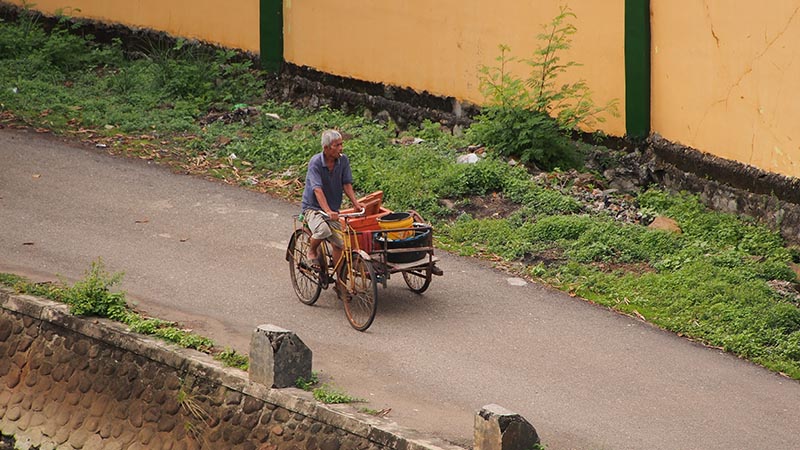 “We’ve had this mental health brochure since two years ago but I never use it because I am not confident in using it and I never had training on how to use it” – A health promotion officer in a village in Polewali Mandar, West Sulawesi

Recent research with cocoa farmers in Sulawesi has identified mental health as one of the many pressing health issues facing farmers and their families. Improving the capacity of regional and rural health services to deal with this issue must be a priority.

I coordinated a health survey of cocoa farmers’ families in eight villages in Polewali Mandar, West Sulawesi, as part of an Australia-Indonesia Centre-funded project on the sustainability and profitability of cocoa-based farming. This area is about 200 kilometres north of my base, Universitas Hasanuddin (UNHAS), in Makassar, South Sulawesi. The project was a collaboration with researchers from The University of Sydney and Institut Pertanian Bogor (IPB).

The team heard from over 130 households and interviewed health workers at the Puskemas (community health centre) and Posyandu (community outreach post) in two sub-districts in Polewali Mandar. It was no surprise to researchers that they found numerous pressing health issues, related to both communicable and non-communicable diseases. However, one particular health aspect stood out – mental health issues.

This new data is consistent with Indonesian Health Ministry data from five years ago which reported that 6 per cent of the population suffered from anxiety and depression. This means approximately 16 million people in Indonesia at any one time.

Some concrete progress in mental health in Indonesia has been improved practices and awareness around ‘pasung’ (shackling), assisted by the Mental Health Law passed in 2014. We now see more humane treatment of people with mental disorders and intellectual disabilities, and the practice of shackling people suffering from these conditions has been outlawed.

While being ‘pasung free’ is a step forward for those in our communities with severe mental health disorders, there is great opportunity to improve the mental resilience and strength of Indonesia’s population. However, efforts beyond changing the law on paper are required. Progress on this issue will also require broader education and mental health literacy among Indonesia’s communities and school students, as well as building capacity around mental health issues among health workers at Puskesmas and Posyandu.