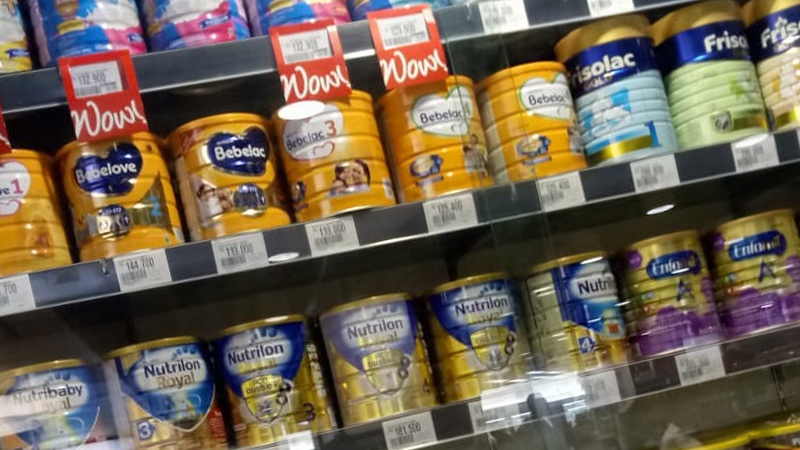 “The warm, nostalgic feelings shown by researchers singing milk formula jingles formed a powerful illustration of the power of advertising,” reported Dr Nina Berry from The University of Sydney at recent discussions in Denpasar, Bali.

“Our blank responses led to a merry romp through Indonesian milk advertisements on Youtube to bring the USYD team up to speed!”

A research collaboration between The University of Sydney, Universitas Indonesia and Universitas Airlangga, funded by the The Australia-Indonesia Centre, is exploring the influence of the promotion of breastmilk substitutes (BMS), including infant formula on infants. They have looked at both the influence promotions have on infant feeding decisions by new mothers and its (potential) effects on the advice that health professionals give to new mothers.

In their latest workshop, the team of ten researchers came together in Bali in August 2018, enabling joint data analysis and in-depth discussions on the interim findings.

Prior to this meeting, the research began with a systematic review of literature on expenditure on, exposure to, and the impact of BMS advertising amongst mothers and health professionals in Australia and Indonesia. This review complements the project’s analysis of in-depth interviews conducted with mothers and health professionals across rural and urban locations. This was complemented by a snapshot review of point-of-sale promotions of BMS at grocery stores, pharmacies and local convenience stores in Indonesia and Australia.

In lively discussions on day one of the workshop, researchers compared and analysed their point-of-sale snapshots. Across both countries, they noticed remarkable similarities between the products on the shelves at supermarkets, pharmacies and convenience stores – all of the packages use distinct colours and product names, including words like ‘gold’, ‘diamond’, ‘platinum’, and ‘royal’. Product names such as ‘DelicateEze’ and ‘Sweetdreams’ and acronyms such as ‘HA’, ‘LI’ and ‘Colic’ are used to suggest that products have positive health effects while avoiding making any explicit, evidence-based health claims.

The large extent to which we are all exposed to advertising was illustrated in a spontaneous rendition of milk formula jingles from Indonesia, which came in response to questions from Australian team members about the advertising messages associated with BMS products. As Dr Berry described above, it was a telling performance, and led to an educational YouTube session for the Australian researchers.

On top of these powerful jingles, displays of BMS products in stores form another layer of marketing exposure, designed to elicit the same warm, nostalgic feelings. This illustrates how promotion of BMS and BMS products are easily and readily available, even in remote villages in Java and around Surabaya.

This September over two AIC Health Cluster events in Jakarta, the research leads will outline their findings, and the importance of breastfeeding as it relates to good nutrition for infants, protection against stunting and the importance of maternal nutrition during pregnancy, particularly for younger mothers. The team is enthusiastic about these sessions generating momentum and concrete cross-sectoral pathways for nationwide implementation of innovative, evidence-based best practice approaches to preventing non-communicable diseases, such as obesity. Ultimately this will see healthier parents and infants in the near and distant future.

With generous thanks to Ms Danielle Somers.