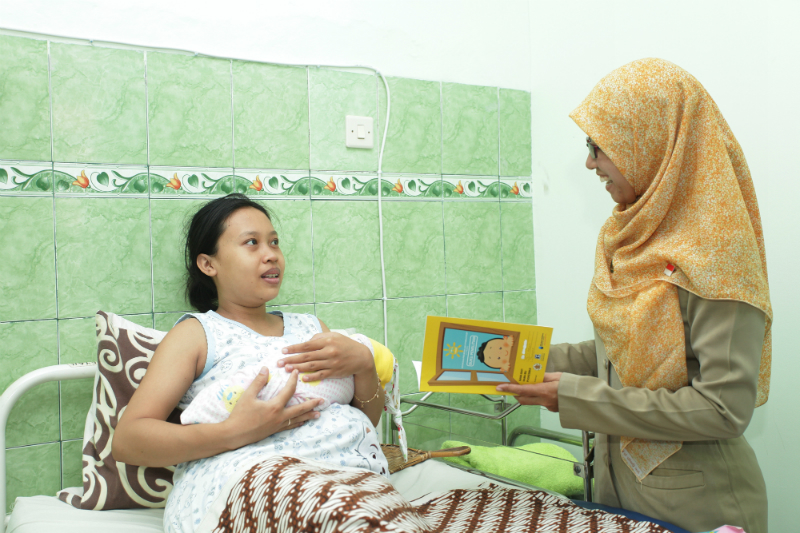 The possibility of a link between vitamin D deficiency and pneumonia is being investigated in two studies by Indonesian and Australian scientists in Indonesia.

They’re tracking the incidence and severity in early childhood of respiratory tract infections, including the common cold, asthma, pneumonia, and bronchiolitis, in hospitals and the community, in the hope of providing more information for treatment and management for respiratory diseases.

Pneumonia is the number one killer of children under five in the country, and around six million young Indonesians suffer from it each year, according to a 2008 study. This collaboration is going to update those 2008 figures, and hopefully lower them – while trying to find the causes of it and other respiratory tract infections.

For the hospital-based project, financed by the Australia Indonesia Centre, they’re recruiting children under five years old who have been hospitalised with acute respiratory conditions. They’ll collect data on the rates of vitamin D deficiency, and whether there’s a link between deficiency and the severity of their illness.

The community-based project, which has been running for almost two months, has recruited more than 60 couples of mothers and infants. Researchers will follow the respiratory health of newborn babies for the first 12 months of their life, measuring their vitamin D levels at birth and at six months. Their mothers, recruited at the antenatal clinics of 11 community health centres, will be asked to report any episodes of respiratory illness, from a cough to pneumonia.

“We hope to gather enough solid data to make a case for a trial of vitamin D as a supplement from birth,” says co-leader of the collaborative research team, Dr Margie Danchin of the Murdoch Childrens Research Institute and the Royal Children’s Hospital, Melbourne.

“The work should also help to improve the case management of respiratory disease generally in Indonesia.”

It’s easy to assume people living in such a sunny country would have adequate levels of vitamin D, which forms naturally when the skin is exposed to sunlight, or is obtained in the diet.

“There are several lifestyle reasons why this may not happen,” says University of Melbourne PhD student and physician, Dr Vicka Oktaria of Gadjah Mada University, who is coordinating the work.

“Foods high in vitamin D don’t tend to be part of the daily diet in Indonesia. And, although the benefits of breast feeding children for the first six months are huge, breast milk is a poor resource for vitamin D. So we may need to consider some form of supplementation.”

The recruitment and management protocols are based on 40 years of collaborative research between the Murdoch Childrens Research Institute and Gadjah Mada University in Yogyakarta, into Rotavirus –the organism discovered by the Murdoch’s Professor Ruth Bishop as a major cause of diarrhoea.